Ross Taylor, after his 290-run knock, has returned to the top 10 for the first time in 12 months. 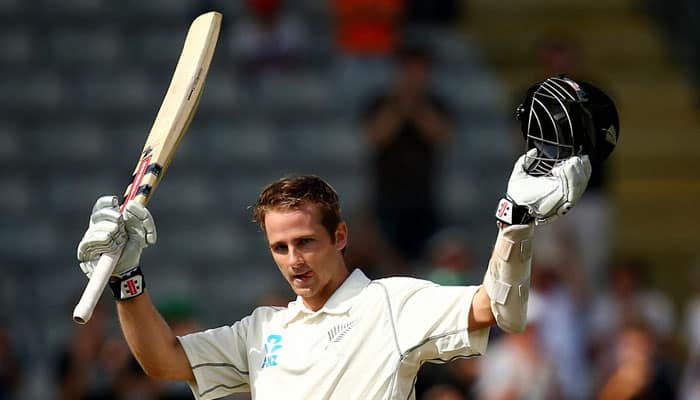 Following the conclusion of the Perth Test, Williamson has jumped three places to join Australia captain Steven Smith in second spot following scores of 166 and 32 not out, while Warner's 253 and 24 have lifted him three places to fifth.

The top five batsmen, four of whom are likely to feature in the third Tests in Nagpur and Adelaide later this month, are now separated by just 19 points with Smith and Williamson trailing de Villiers by six points and Warner another 13 points behind. This means that the battle for the coveted number-one position, post the conclusion of the two series, remains tight as there will be a further reshuffle at the top of the order depending on how these batsmen perform.

Ross Taylor, who won the player of the match award at the WACA, has returned to the top 10 for the first time in 12 months. Taylor scored 290 and 36 not out, for which he has been rewarded with a jump of seven places that has put him in 10th spot.

In the bowling chart, India's left-arm spinner Ravindra Jadeja has achieved a career-best ranking. Jadeja returned figures of 16-2-50-4 in a rain-affected Test, which has lifted him eight places to 13th in the latest rankings. Jadeja is now the third India bowler to feature inside the top 20 after Ravichandran Ashwin (fifth) and Ishant Sharma (20th).

South Africa's Dale Steyn has retained his number-one position but has fallen from the 900-point mark for the first time since December 2013 after missing the Bengaluru Test. He is now on 893 points, still 47 points clear of his nearest rival James Anderson of England.