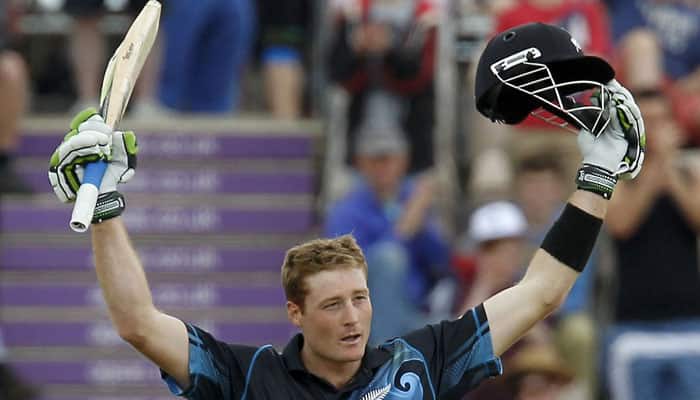 New Zealand batsman Martin Guptill is to re-join Derbyshire as their overseas player for the early part of the 2015 season, the Midlands county announced.

The 28-year-old Guptill played for the club in the 2011 and 2012 seasons and will return for the opening six Championship matches and first three Twenty20 fixtures of the new season.

"I always wanted to go back to Derbyshire when the time was right," Guptill said in a club statement. "I get on great with the people and have lots of really good memories."

Guptill, a member of co-hosts New Zealand's World Cup squad for the World Cup, scored 1,131 first-class runs at an average of 43.50, including three centuries, during his time with Derbyshire.

He also played for the side that won the Division Two County Championship title in 2012.

"Hopefully I can help my county make a quick start to the season to get them in the promotion mix again, and get the lads off to a flier in the T20 Blast," Guptill added.

New Zealand begin a tour of England in May, with the opening international leg of their visit a two-Test series.

However, Guptill is not in line to be involved in the Test campaign as it is more than two years since he was involved in five-day cricket, on New Zealand's last tour of England in 2013. AF