The legendary skipper was in hot water in 2013 for appearing in an advertisement on the cover of a magazine as Lord Vishnu holding a number of things. 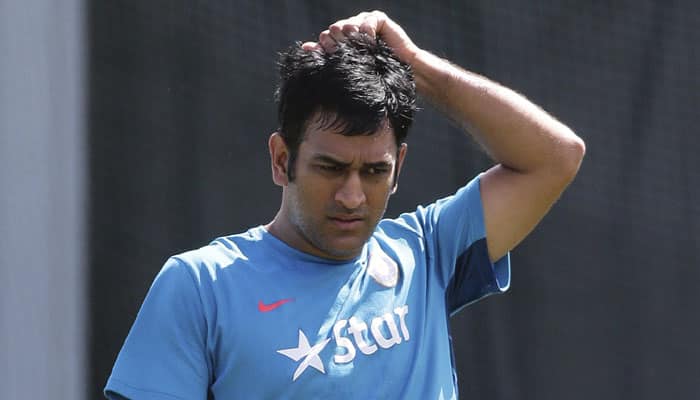 New Delhi: A non-bailable warrant has been issued against Indian skipper MS Dhoni by a court in Anantapur in connection with him appearing on the cover of a magazine as Lord Vishnu.

The 34-year-old has been asked to be present in court on 25 February.

The legendary skipper was in hot water in 2013 for appearing in an advertisement on the cover of Business Today as Lord Vishnu holding a number of things.

The ad prompted social activist Jayakumar Hiremath to file a case to register a complaint against him, with a case being registered against him under section 295 and 34 of the Indian Penal Code (IPC).

In reply, the High Court had said, "These celebrities are only signing ads without any responsibility. Their aim is to earn easy money without considering the problems it may create."

Taking cognisance of the complaint filed by Hiremath, the Additional Chief Metropolitan Magistrate (ACMM) had registered a case against Dhoni under section 295 (injuring or defiling place of worship with intent to insult the religion of any class) along with 34 of the IPC.

Later, the ACMM had issued summons to Dhoni to appear before the court, which he did not and instead moved the High Court against its direction.