The new regime at the BCCI is contemplating appointment of former Delhi Police Commissioner Neeraj Kumar as the chief of board's Anti Corruption & Security Unit (ACSU) in place of Ravi Sawani, who is unlikely to get an extension. 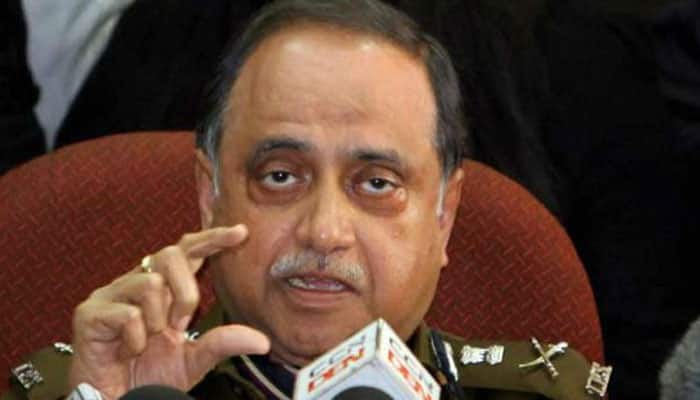 New Delhi: The new regime at the BCCI is contemplating appointment of former Delhi Police Commissioner Neeraj Kumar as the chief of board's Anti Corruption & Security Unit (ACSU) in place of Ravi Sawani, who is unlikely to get an extension.

It has been learnt from reliable sources that the BCCI top brass which includes president Jagmohan Dalmiya and secretary Anurag Thakur are already discussing the appointment of Kumar, who retired as Delhi's Commissioner of Police on July 31, 2013.

Next week there is a BCCI working committee meeting, where the proposal to appoint Kumar would be mooted. Incidentally, it was under Kumar's leadership that Delhi Police arrested former Test bowler S Sreesanth along with domestic spinners Ankeet Chavan and Ajit Chandila for allegedly getting involved in spot-fixing while playing for Rajasthan Royals in the sixth edition of the Indian Premier League.

"Both Dalmiya and Thakur are on same page regarding appointment of Neeraj Kumar as he has years of experience in Indian Police Service. He has been a top cop and also been actively involved with the investigations of the IPL spot-fixing scandal," a highly-placed BCCI official told PTI on conditions of anonymity.

The source added, "The president and the secretary feel that there is no one with better credentials than Kumar to take over from Sawani. The current regime is exactly not happy with work of Sawani's team and that's precisely the reason why the ACSU sub-committee of the board was kept on hold when the other committees were named on April 6."

Kumar, a St Stephen's Alumnus, is an IPS officer of 1976-batch. A couple of days back, Dalmiya had hinted that BCCI might appoint an experienced consultant "with impeccable reputation" to bolster its ACSU unit, especially in matters related to the IPL.

"Already a full-fledged Anti-Corruption and Security Unit of the BCCI is in existence," Dalmiya, who took over as president last month, said in a statement.

"However, in order to further strengthen the ACSU of the BCCI, especially in matters related to IPL, it is being contemplated to bring in someone with impeccable reputation and having experience in presiding over challenging investigations relating to sporting frauds as a consultant in addition to the existing set up.

"BCCI believes in zero tolerance approach to corruption in the game and sporting frauds. After all, there has to be every effort to make cricket pure and spotless," the statement added.