After days of tumultuous ordeals following the departure of Australian batsman, Phillip Hughes, one of his former team-mates talked with the bat and helped the cricketing world restore some sort of semblance. 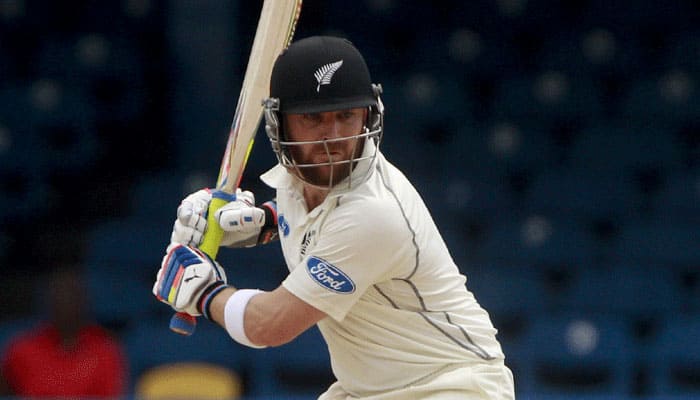 New Delhi: After days of tumultuous ordeals following the departure of Australian batsman, Phillip Hughes, one of his former team-mates talked with the bat and helped the cricketing world restore some sort of semblance.

New Zealand captain Brendon McCullum on Saturday hit the fourth fastest Test double-hundred. The 33-year-old toyed with Pakistan bowlers in the third Test match at Sharjah and reached his double ton with a six from the 186th delivery he faced. The innings included 21 fours and 11 sixes.

The record for fastest double-hundred in Tests is held by his compatriot Nathan Astle. The former opener created the record in 153 balls against England in 2002. Indian master-blaster Virender Sehwag recorded the next two fastest doubles off 168 balls and 182 balls against Sri Lanka in 2009 and Pakistan in 2006 respectively. Interestingly, Sehwag has also the fifth fastest – off 194 balls against South Africa in 2008.

McCullum, in the process, also recorded the fastest double century by a captain in Test cricket. Earlier, the record was held by Australian skipper Michael Clarke – off 226 balls against South Africa in 2012.

For the flamboyant skipper, there were other records in the offing too. The double against Pakistan was his second of 2014. This year, he also scored a triple ton – against India. This feat was achieved only by Sir Donald Bradman before.

With Kane Williamson, McCullum posted a 297-run partnership helping Black Caps end Day 3 at 637 runs for the loss of 8 wickets. Williamson made a stroke-full 192 runs.

McCullum, who had written Hughes's initials on his shirt, later released a statement on behalf of the Kiwi team. They were team-mates at New South Wales.

It read, “Our focus at the moment is not on our performances, it is all about Phil... We are heartbroken for Phil's family, Greg, Virginia, Megan and Jason. No one should go through what you guys are going through right now.”