Disappointed with his team's repeated batting failures, Sri Lankan skipper Angelo Mathews today came down hard on his batsmen saying their approach is not right and he needs to sit down with selectors to sort out "issues". 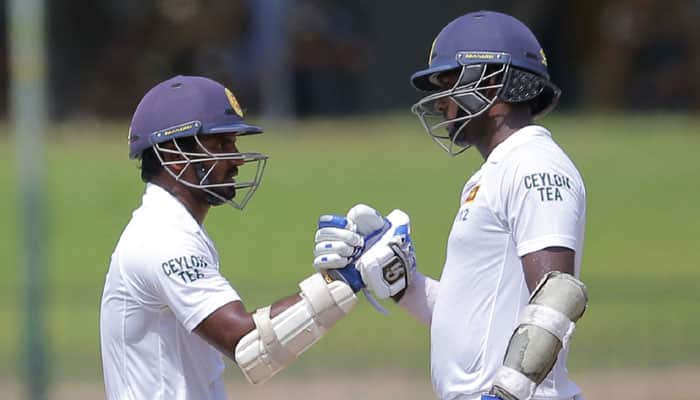 Colombo: Disappointed with his team's repeated batting failures, Sri Lankan skipper Angelo Mathews today came down hard on his batsmen saying their approach is not right and he needs to sit down with selectors to sort out "issues".

Coming into the game with the series tied at 1-1, Cheteshwar Pujara struck an unbeaten 145 in the first innings to give India the upperhand in the deciding Test. Responding to India's 312, Lanka were shot out for 201 and lost the grip on the match.

"The cause for our defeat is our first innings' batting. After winning a crucial toss and putting them in, bowlers bowled well. We could have kept them below 250. But we should have batted well earlier on, but we flopped," said Mathews after the 1-2 series loss. 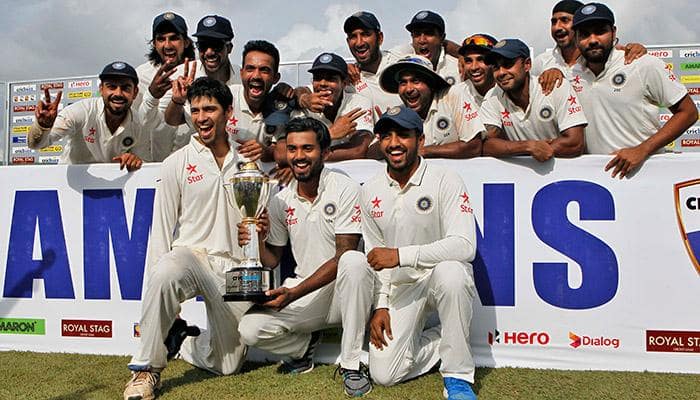 "The wicket was a bit demanding but Pujara batted brilliantly. He held the innings together. If not for him they wouldn't have scored that many runs. Our batsmen need to grab opportunities. As I always say, we don't have Mahela (Jayawardene) and (Kumar) Sangakkara anymore. If we can score 350 all the time we will be good. But we are struggling to get 300 and it's a concern.

"We messed up with our batting and Pujara played well. When we batted I don't think our approach was right. We couldn't bat and make 300. We will sit down with selectors and address those issues," he added.

Given to chase a mammoth 386 to win the match, Lankan batsmen once again faltered only to see some resistance from Mathews (110) and Kusal Perera (70), who stitched a 135-run sixth-wicket partnership to give the hosts some hope on the final day.

"We need our top order to fire. Chasing 385, we could have done it had we had wickets in our hands. We lost three wickets for 20 runs, which was a bit too many. You can't expect the middle order to score that many runs. But there were lots of positives though Kusal Perera batted positively. I thought he grabbed his opportunity and he looks a tremendous player," said Mathews.

Mathews played the lone hand with his 7th Test hundred, as Lanka were bowled out for 268 runs. Mathews now urges his players to step up after the departure of Sangakkara and Mahela Jayawardene.

"I have played a few games now, about 52 Tests. I am a little bit more experienced than some of the other guys in the team. Now it's past Kumar Sangakkara and Mahela Jayawardene era and others need to step up. Now it has to be a collective effort. It won't be a case of one individual or two individuals scoring runs all the time. Those who get starts need to go on," said the skipper.

The green-top wicket at the usually placid SSC didn't help the hosts but Mathews said he did not meddle in the curator's job.

"We try not to ask for wickets. We give the curator the freedom to do what he wants. SSC has been super flat. In the recent past we have had one win and we haven't won that games at SSC. It's a good batting wicket. Leaving grass, it could go either way. We picked a team we thought was good enough to win on that wicket. But we couldn't put it through," he said about the pitch.

The only batsman to offer any resistance in this Test, apart from Mathews, was debutant Perera, who played two counter-attacking fifties in two innings. Perhaps his debut came a little too late in the series for the hosts' liking, as it could have freed up Dinesh Chandimal to bat higher up earlier.

"He batted brilliantly. I thought he has earned his place, especially in the 'A' team where he has been prolific. Even in ODIs he has been in good nick. As I always say you can't pick and chose a time to play Test cricket. I am glad that he grabbed the opportunity given to him," said Mathews.

"We wanted Chandimal to bat at number four. He was batting well and it was a good opportunity for him. It was tough for him to keep wickets and bat at number four especially after keeping for 100-150 overs, that too in this humidity. Kusal missed two chances but overall he had a good Test. We are confident he will do a good job. There's not much difference between the two wicketkeepers. Maybe he was a bit excited making his debut," he added.

Sri Lanka have now lost two successive home Test series to Pakistan and India, both by a 2-1 margin. With the departure of their greats, Mathews has a tough job on his hands resurrecting their fortunes in this tough transitional phase.

"For Pakistan and India series, I think we were well prepared. It's just a matter of applying those good things in the middle. It's a challenge. This is a new and young team. You have to be patient. You can't win matches easily. It has to be a collective effort. We don't have seniors and it's tough. We all need to contribute to win," Mathews signed off.