Junior Bachchan loves cricket and has invested big money in football and kabaddi. 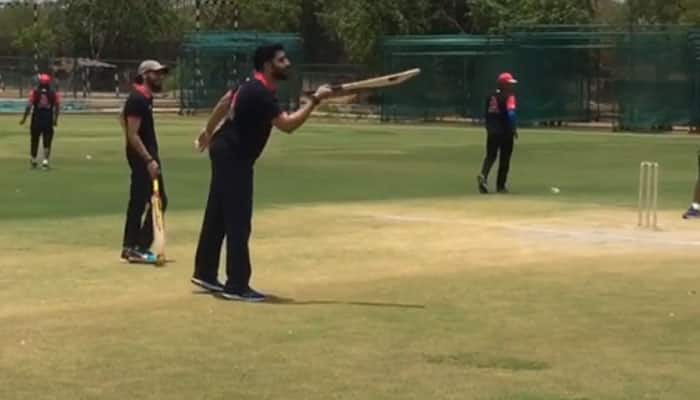 Junior Bachchan loves cricket and has invested big money in football and kabaddi.

Abhishek also takes out time from his busy schedule to attend matches of Chennaiyin FC and Jaipur Pink Panthers.

Also, he is seen at high-profile cricket matches, the most recent being India's clash against Pakistan in WT20 at Eden Gardens.

Now that the T20 season is over, India's Test side is busy preparing for the upcoming West Indies tour.

The Bollywood star appeared to be playing a friendly cricket match with his kabaddi team when he did it.

After playing a solid-looking pull shot, Abhishek blew a flying kiss, recreating that moment in Melbourne between Virat and Anushka Sharma.

Abhishek's captain for that video was: My best Virat Kohli impersonation