The West Indies will hold their first training session in Centurion Sunday, as they beef up preparations for the first Test against South Africa starting Wednesday. 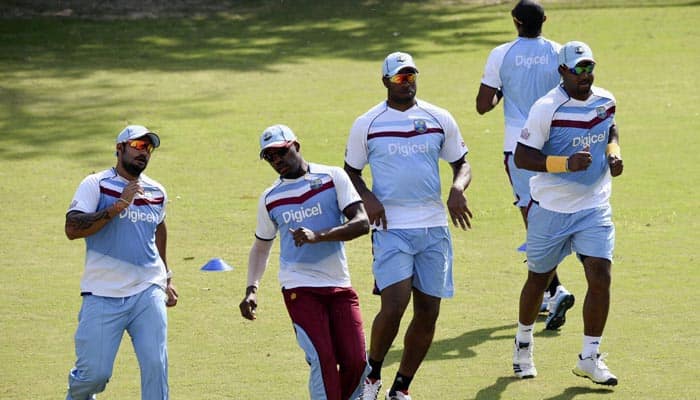 Johannesburg: The West Indies will hold their first training session in Centurion Sunday, as they beef up preparations for the first Test against South Africa starting Wednesday.

The Caribbean side will be put through a full session at Supersport Park, the venue for the first Test, reported CMC.

The West Indies are coming off an impressive outing in the three-day warm-up match which finished Friday, where their batsmen excelled against an Invitational XI in Benoni.

Top order batsman Marlon Samuels smashed a more-than-run-a-ball double century while opener Devon Smith, a late call-up as a replacement for the injured Chris Gayle, stroked 174, as the West Indies piled up 508 in their first innings.

Rookie left-arm seamer Sheldon Cottrell, who arrived here a week after the squad and just a few days before the tour match, grabbed five wickets to blow away the hosts for 125.

Rain washed out Friday’s final day, robbing the Windies of valuable match practice in what is the only tour match of the series.

The West Indies have never beaten South Africa at home and have won just one of their last 14 Tests against the Proteas, losing nine.

Pundits are expecting a one-side series with the West Indies ranked number eight in the ICC Test rankings and South Africa dominating the top spot.