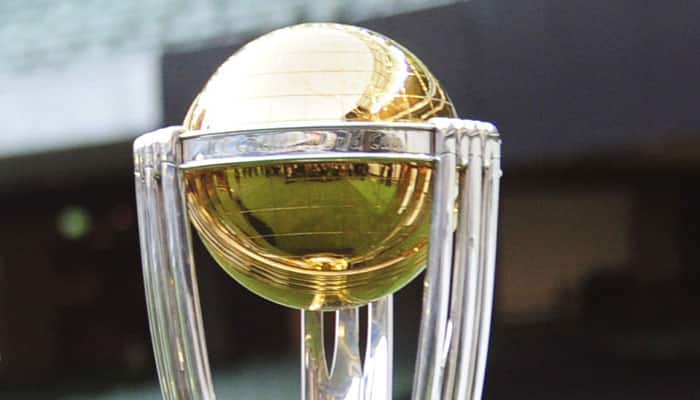 By day, he works in shipping in Dubai`s flourishing cargo industry. At nights and weekends in the Gulf, and now at the famed Gabba in Brisbane, he`s racking up the boundaries in record style.

Shaiman Anwar became the first United Arab Emirates player to hit a World Cup century on Wednesday as his team recovered from a perilous 131 for six against Ireland to make 278 for nine.

Anwar, a 35-year-old Pakistani native, bludgeoned 10 fours and a six in his ton which came off 79 balls before he was out for 106, having faced 83 deliveries.

He had already announced his arrival at the World Cup with a battling 67 in his team`s four-wicket loss to Zimbabwe in Nelson last week.

And on Wednesday, the man known as "Sixer Shaiman" in the Gulf leagues, in honour of his liking for big hits, went to his century in style.

He sparred with Kevin O`Brien, who made the fastest World Cup century four years ago in India, and with the Irish bowler on the ropes, hit the runs that took him to his landmark.

"I think it was my best innings -- I wanted to put a maximum on the board, to put pressure on Ireland," said Anwar.

"I was always comfortable, and trusted myself when I was in. It is a big game for me."

Anwar was born in Sialkot in 1979 and played club cricket for his native city and then Servis Industries.

But unable to carve out a full-time career in the game in Pakistan, Anwar followed thousands of his compatriots to the tax-free haven of Dubai in 2007, finding work in the shipping business before qualifying to play for the UAE in 2009.

He has been a regular ever since in a team which relies mostly on expat talent from South Asia, and where all the players juggle their playing careers with a variety of day jobs.

In the 2011-13 World Cricket League, a tournament reserved for the leading non-Test playing nations, he scored 625 runs from 14 matches, the most by any player.

He only made his one-day international debut in February 2014 against Scotland in the final of the World Cup qualifiers, the last-chance event in New Zealand to secure places at the ongoing showpiece tournament.

His international Twenty20 debut followed against the Netherlands at the World Twenty20 in March 2014.