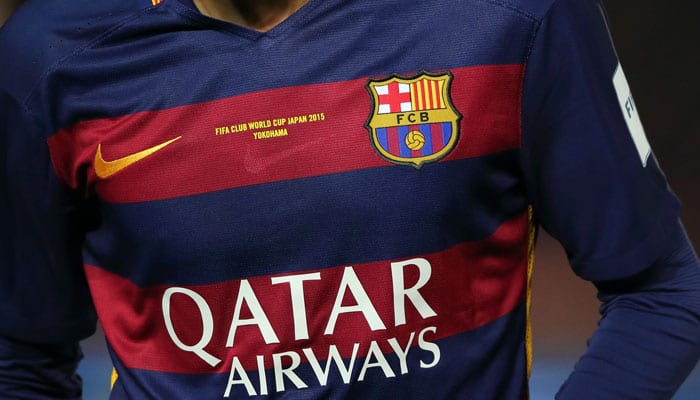 Catalonia: Japanese online retailer Rakuten will be Barcelona`s main sponsor for the next four years in a deal worth at least 55 million euros ($59 million) a year, the Spanish giants said Wednesday.

Rakuten will replace Qatar Airways, Barcelona`s shirt sponsor since 2013, who were reported to have paid 35 million euros for the final year of their deal taking them up to the end of the 2016-17 season.

"I have the pleasure and honour to announce that the board of directors has approved that RAKUTEN be the new main and global sponsor of the club for the next four years," Barcelona president Josep Maria Bartomeu told a news conference at the club`s Camp Nou stadium.

The club also has some of the world`s most recognisable stars -- vital marketing assets for the club`s partners -- who have millions of followers on social media.

Barcelona`s Argentine striker Leo Messi is one of the most popular athletes in the world on social media, with over 78 million fan followers on Facebook alone.

The announcement of the new sponsorship deal comes as the club is set to begin work in 2018 on an extensive renovation of their Camp Nou home that will see the capacity of Europe`s biggest stadium extended to 105,000 and an open facade to allow views across the city.

A budget of 420 million euros has been estimated for the project that will be financed in large part by proceeds from sponsorship.