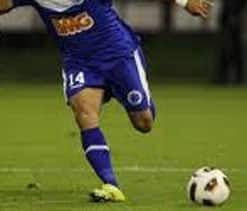 London: The British police have opened a second investigation into allegations of match-fixing after claims emerged that a player rigged a Championship game for cash.

The allegations emerged as part of an undercover operation by Rupert Murdoch`s revamped `Sun on Sunday` newspaper, which has passed on its findings to the UK`s National Crime Agency (NCA).

The newspaper`s undercover reporter, Mazher Mahmood, claimed to have met a player who said he could fix yellow cards in return for 30,000 pounds.

The player also allegedly told the reporter he could rig Premier League games and was prepared to fix matches at next year`s World Cup in Brazil.

"The NCA can confirm that the Sun on Sunday has passed material from its own investigation to the National Crime Agency," the NCA said in a statement.

"An active investigation is now under way and we are working closely with the Football Association and the Gambling Commission. We cannot comment further at this stage," it added.

"We will be giving our full assistance to the police during their investigation," said League chief executive Shaun Harvey.

In a separate NCA investigation into an alleged international betting syndicate, two non-league footballers were earlier this week charged with conspiracy to defraud.

Michael Boateng and Hakeem Adelakun, both 22, play for Whitehawk FC, based in Brighton.

The pair have been bailed and are due to appear at Birmingham Magistrates` Court on December 11.