Cristiano Ronaldo remains Europe`s and the world`s most marketable footballer known by more than 80% of people around the world, according to a study released Thursday. 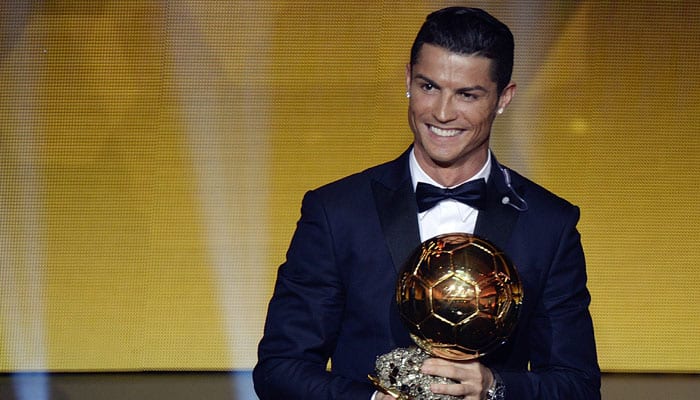 Paris: Cristiano Ronaldo remains Europe`s and the world`s most marketable footballer known by more than 80% of people around the world, according to a study released Thursday.

Dutch forwards Robin van Persie and Arjen Robben and Italy`s Andrea Pirlo round out the top six in Europe.

"In terms of overall marketability, globally, Ronaldo leaves the other European players in his wake," declared the firm which said 83% of people around the world -- 85% of all men and 80% of all women -- have heard of the Portuguese superstar.

It estimated that Ronaldo earns between 30 million and 35 million euros ($34 million and $40 million) a year from sponsors.

Pirlo was known by 41% of the consumers asked.

The top 10 was rounded out by Germany`s Mesut Ozil and Mario Goetze in seventh and eighth and Gareth Bale of Wales followed by Belgian Eden Hazard in 10th.

Even though they were less well known globally, Ozil, Goetze and Bale all had much higher sponsorship revenues than many of the leading five.

Iniesta is the most trusted footballer in the top 10. He had a global trust approval from 71% of those asked, while the impetuous Ronaldo got 67% and Rooney was even lower on 62%. Van Persie and Goetze were tied on second with 70%.

If Lionel Messi had been counted on the European list, he would have been beaten by Ronaldo, according to Repucom, known by 74% of people globally and 99% of people in his native Argentina.