Manager Arsene Wenger believes Arsenal have a strong enough squad to challenge for a first Premier League title since 2004 with back-to-back FA Cup victories in the last two seasons bringing a winning mentality to the side. 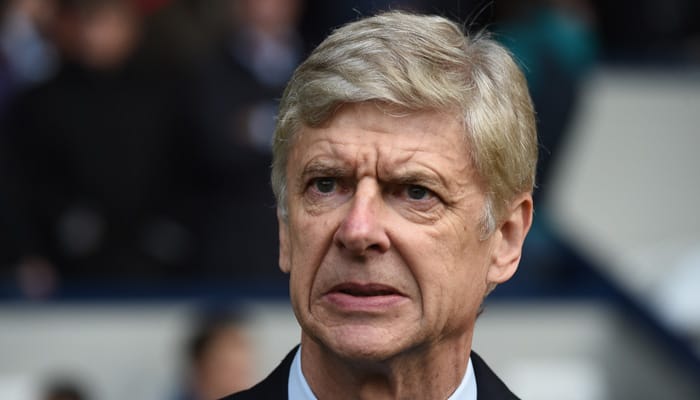 Singapore: Manager Arsene Wenger believes Arsenal have a strong enough squad to challenge for a first Premier League title since 2004 with back-to-back FA Cup victories in the last two seasons bringing a winning mentality to the side.

"Winning the title is our target and we feel we have a chance in a very competitive league," Wenger told reporters in Singapore on Friday, a day ahead of Arsenal`s Premier League Asia Trophy final against Everton.

"We finished third last year and we won the FA Cup, so that shows we are not far away. We have a good cohesive group that has the quality and ambition to do better, and that`s our aim.

"But as I have said before, we are in a league in which it is very difficult to know how good our opponents will be at this stage but it is important to focus on making sure we are as strong as we can be, then we have a chance."

Arsenal fielded many of their younger players in the 4-0 victory over a Singapore Select XI on Wednesday to advance to the final and Wenger will give his more recognisable squad members a chance to impress against Everton.

"We have no fringe players, we have only good players," Wenger barked when asked if he had resisted the temptation to field his strongest team against the hosts.

One player due to make an eagerly awaited debut is goalkeeper Petr Cech, who completed a high-profile move from Chelsea earlier in the transfer window and could stand out as Wenger`s only major signing of the off-season.

"I am happy with the squad that we have but if we find anyone with exceptional potential to strengthen the squad then will pursue them," the Frenchman added.

"It depends on the market. It`s not easy at the moment because there are many clubs out there buying and the number of players who can strengthen the really big teams are restricted."

One thing that has impressed Wenger on this trip is the amount of support Arsenal have received both on and off the pitch, giving him a stark reminder of how popular the Premier League remains in Asia and beyond.

"I am surprised to see how big and important football has become in the world," he added.

"Did this happen because of Arsenal? Maybe we had some involvement but there are plenty of other Premier League clubs that have lots of support all around the globe."