Blackpool were relegated to the third tier of English football on Monday just four years after playing in the Premier League, while Bournemouth stormed to the top of the Championship with a dramatic 4-2 win over Birmingham. 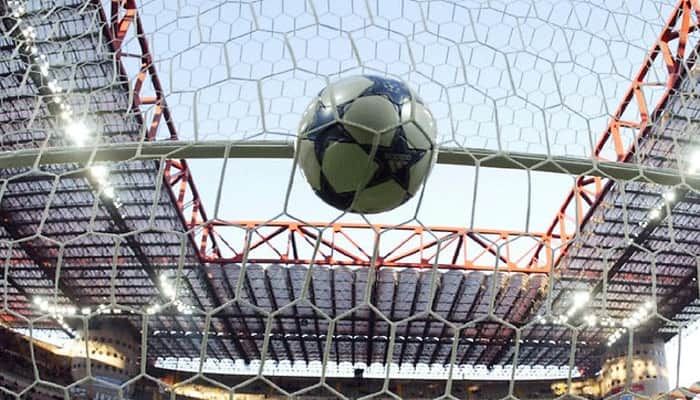 London: Blackpool were relegated to the third tier of English football on Monday just four years after playing in the Premier League, while Bournemouth stormed to the top of the Championship with a dramatic 4-2 win over Birmingham.

Lee Clark`s Blackpool aren`t due to play until Tuesday when they host Reading, but that match is now meaningless for the bottom of the table Seasiders.

They have looked odds on for relegation for most of the season after starting the campaign with barely enough players to make a full team and Clark, who led Birmingham to second tier survival on the final day of last season, wasn`t able to avoid the drop for a second successive year.

Their plunge into League One was confirmed by fourth bottom Rotherham`s 1-0 win over Brighton on Monday.

Matt Derbyshire`s early goal for Rotherham sealed the points at the New York Stadium, boosting the hosts` survival hopes and making it mathematically impossible for Blackpool to beat the drop -- just five years after Ian Holloway had guided the club into the Premier League, where they spent a season before being relegated in 2011.

Meanwhile, Bournemouth fought back from two goals down at Dean Court to return to the top in the race for promotion to the Premier League.

Birmingham, who had captain Paul Robinson sent off late on, had looked to be heading for a surprise win when Clayton Donaldson and David Cotterill struck in three first-half minutes.

But Eddie Howe`s team hit back as strikes from Steve Cook, Callum Wilson, Charlie Daniels and a Yann Kermorgant penalty helped Bournemouth equal their club record of 104 goals in a single season.

The Cherries are now one point clear of second placed Norwich with five games remaining.

"It is the first time we have fallen behind at home and you could have accused the players of going under but our mental strength was key," Howe said.Bradley Johnson`s season to remember continued as Norwich recorded a 2-0 win over Sheffield Wednesday to move into the top two for the first time since October.

Former Leeds midfielder Johnson netted his 12th and 13th goals of the season late in the first half at Carrow Road to keep Norwich ahead of third placed Watford on goal difference.

The Watford captain`s historic moment came in the 37th minute when he converted an Adlene Guedioura cross before Odion Ighalo`s fine second half strike condemned Middlesbrough to a defeat that saw them drop to fourth place.

Faced with the prospect of dropping down into League One barely two years after they were in the top flight and won the FA Cup, the club confirmed they had dismissed Mackay just five months after his hiring.

Elsewhere, Wolves climbed into the final play-off place with a remarkable 4-3 home win over Leeds.

After leading 3-1 with midway through the second half, Kenny Jackett`s team were stunned after Leeds struck twice to equalise, only for David Edwards to steal the points for the hosts in the 88th minute.