Manchester United winger Angel Di Maria is one of the several footballers, who almost joined Arsenal in the past. 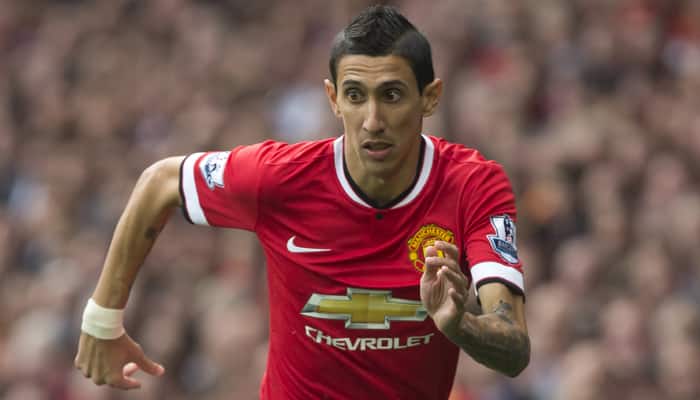 New Delhi: Manchester United winger Angel Di Maria is one of the several footballers, who almost joined Arsenal in the past.

"We had identified Di Maria when he was 17. We saw him in an international competition and we wanted him to come here, but he goes to Portugal, and from Portugal he goes to Spain. Why? Because he could not get a work permit, so that means you can only get him to England once he is worth a huge amount of money," Wenger explained.

Di Maria, 26, burst into international limelight at the 2007 Under-20 FIFA World Cup, where he scored three goals for champions Argentina. After the tournament in Canada, he joined Benfica in Portugal, from where he moved to La Liga giants Real Madrid.

After spending more than three years in Madrid, he joined Manchester United in last winter transfer window in a shock move.

"What does it mean if at the end of the day he comes anyway into the country [at a later date] for a huge amount of money? Who do you pay this huge amount of money to? A club like Real Madrid, they don't need the money. We have to be conscious of that," Wenger added.

Di Maria is one of the many high-profile players who had nearly signed for Arsenal. Gunners had realistic chances of signing the likes of Lionel Messi, Gerrard Pique, Yaya Toure, Zlatan Ibrahimovic and Gareth Bale.

We can win without Yaya Toure, says Manchester City boss