The pundits were close to universal in their predictions for promoted Burnley’s Premier League season —- it would end with a swift return to the Championship. 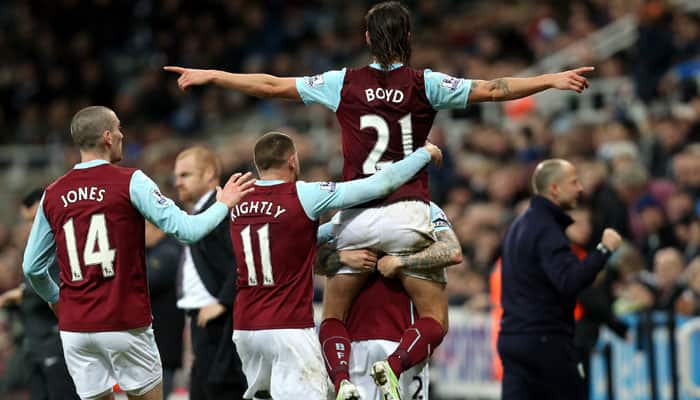 London: The pundits were close to universal in their predictions for promoted Burnley’s Premier League season —- it would end with a swift return to the Championship.

But while the Lancashire club are inside the relegation zone at the turn of the year, the performances of the team with by far the smallest budget in the top flight indicate they might yet survive.

Over the festive period, Burnley dominated Liverpool for 45 minutes at their Turf Moor home before losing to a Raheem Sterling goal.

They fell 2-0 down at champions Manchester City before mounting an unlikely comeback to earn a 2-2 at the Etihad Stadium.

On New Years Day at Newcastle, the Clarets were forced to make three first-half substitutions, hit the woodwork four times and fell behind on three occasions before battling back for a 3-3 draw.

“These were a tough run of fixtures and nobody expected us to get anything probably but we’ve showed our character again,” said winger George Boyd, who scored against both City and Newcastle.

“We can go into our next run of games full of confidence now on the back of the last two results,” added Boyd who, at 3 million pounds ($4.6 million), is the club’s most expensive signing.

Burnley’s 17 points from 20 games have come largely thanks to a relentless pressing game which requires high levels of fitness as well as a deep-seated unwillingness to give in to the odds that are stacked against them.

“My belief has been unshakeable since the first ball was kicked,” said manager Sean Dyche.

But for all their battling spirit and determination against some of the top clubs - the Clarets have drawn with third-placed Manchester United and beat fourth-placed Southampton - it is the games against teams in the lower third which will likely determine their fate.

“It is a ‘so-far’ story and I remind the players of that. It’s important that we keep the humility and belief in what we do...we need more points and more wins on the board,” said Dyche.