Franck Ribery's retirement is not my fault: Antoine Griezmann

Rising star Antoine Griezmann denied claims that he was the cause of Franck Ribery's decision to retire from the French national football team. 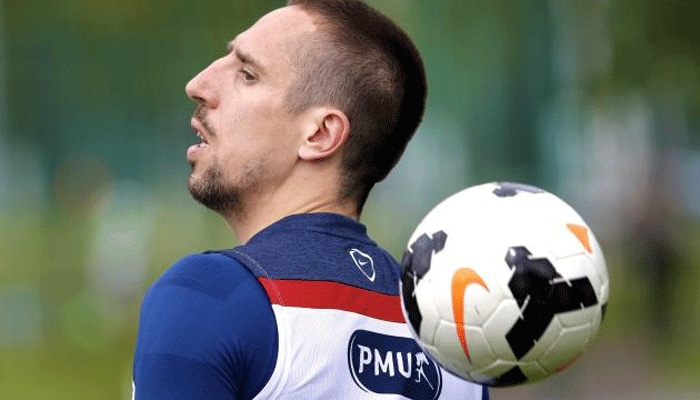 Paris: Rising star Antoine Griezmann denied claims that he was the cause of Franck Ribery's decision to retire from the French national football team.

"The announcement of Franck's retirement was a surprise, as it was for everyone. It made me a bit sad as he's a great player for us. But we have to respect his choice," said Wednesday the 23-year-old, who has taken Ribery's shoes after the Bayern Munich star pulled out of the World Cup earlier last June with a back injury, reports Xinhua.

Ribery subsequently announced his withdrawal from the national side to focus playing for the Bundesliga side.

"Whether Franck is there or not, everyone has their responsibilities. I don't pay too much attention to that. I simply play my game and try to do everything to feel good, on and off the pitch."

"Each player is important. That was our strength in Brazil. It's his choice, it has to be respected. It's not my fault that he retired," said the Atletico Madrid player, who joined the La Liga champions from Real Sociedad this summer.

Griezmann's performance in Brazil in France's left-side attacking role has ensured him a place in Didier Deschamps' newest 23-strong for Thursday's friendly in Paris and Sunday's away match to Serbia while Les Bleus build up to Euro 2016 on home soil.