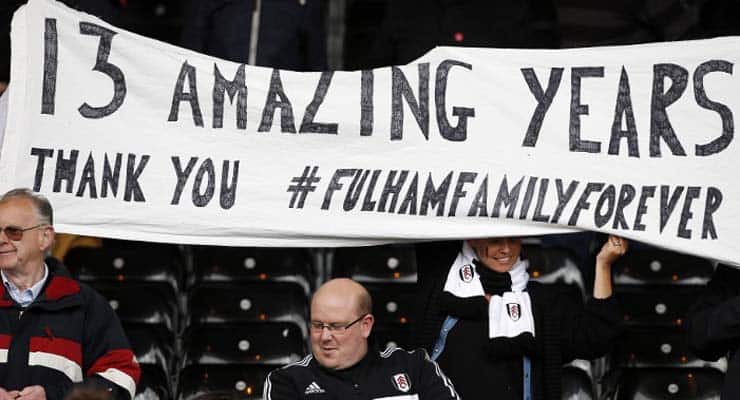 Fulham suffered a major reality check on their return to the Championship after 13 years in the Premier League as they crashed to a lacklustre 2-1 defeat at Ipswich on Saturday.

Felix Magath`s side are one of the leading contenders for promotion, but they may struggle to live up to that billing on the evidence of an underwhelming display in their first game of the new second-tier season at Portman Road.

To add to Magath`s misery, Scotland striker Ross McCormack, signed from Leeds for £11 million and expected to fire Fulham back to the top-flight after finishing as the Championship`s leading scorer last term, produced little threat and was hauled off after 57 minutes.

Magath has overseen a significant clear-out since last season`s dismal slide out of the Premier League and he fielded a young team who were easily exposed when Ipswich took the lead through Daryl Murphy`s powerful 32nd minute strike.

David McGoldrick came off the bench to net the second after poor Fulham defending in the 61st minute and Tim Hoogland`s 86th minute reply came too late to salvage a point.

"Ipswich was very aggressive and the referee has allowed this. It is difficult for young players, they are not used to such tough tackles," Magath said.

"It was a tough game, but I don`t worry too much. I know we will improve and won`t make so many mistakes."

Derby County showed no signs of a hangover from their agonising play-off final defeat as they opened with a 1-0 victory over Rotherham.

Steve McClaren`s team saw their dreams of reaching the Premier League dashed in heartbreaking fashion when Bobby Zamora punished a defensive blunder to score a last-minute winner for 10-man QPR at Wembley in May.

But the Rams are among the bookmakers` favourites to go up this term, having kept the nucleus of their play-off team together.

And they made the perfect start thanks to Republic of Ireland midfielder Jeff Hendrick, whose cool finish eight minutes from full-time finally broke the stubborn resistence of promoted Rotherham at the iPro Stadium.

"We started unbelievably well," McClaren said. "The result is very important and there was enough good play that shows we will get better and grow from this."
Derby`s local rivals Nottingham Forest also made a winning start, beating Blackpool 2-0.

Forest`s new manager Stuart Pearce was afforded a rapturous reception on his return to the City Ground for his first game as permanent manager of the club where he earned legendary status as a tough-tackling left-back.

Pearce endured a difficult build-up to the opener when the club`s Kuwaiti owners sold promising youngsters Jamaal Lascelles and Karl Darlow to Newcastle this week against his advice.

After a turbulent pre-season, fallen giants Leeds suffered a nightmare start to the season with a 2-0 defeat at Millwall.

Eccentric Italian owner Massimo Cellino has infuriated the club`s long-suffering fans with a series of bizarre decisions, including sacking highly-regarded manager Brian McDermott and replacing him with David Hockaday -- an unknown with no experience of Football League management.

The highly superstitious Cellino has also reportedly banned the number 17 and the colour purple from Elland Road, but his team were still out of luck in south London as Millwall cruised to victory thanks to Mark Beevers` eighth minute strike and an 88th minute penalty from Shaun Williams.

"We did not start well in the first half. We lacked intensity and purpose to our play," Hockaday said.

Elsewhere, Brentford, playing in the second tier for the first time in 21 years, drew 1-1 at home to Charlton, while Watford enjoyed a 3-0 romp against Bolton and Wigan drew 2-2 with Reading.

Adebayor on target as Spurs see off Schalke