World champions Germany will wear black armbands and there will be a minute`s silence before Wednesday`s friendly against Australia to honour the victims of the French Alps air crash. 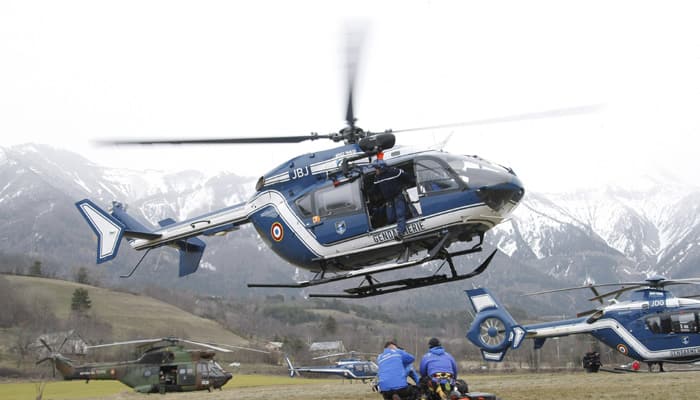 Berlin: World champions Germany will wear black armbands and there will be a minute`s silence before Wednesday`s friendly against Australia to honour the victims of the French Alps air crash.

Wolfgang Niersbach, president of the German Football Association (DFB), has confirmed they will honour the victims of Tuesday`s disaster before the friendly international in Kaiserslautern.

More than half of the victims of the air crash are believed to have been German.

"It is the one clear thought which overshadows everything else," said Niersbach.

"We owe it to the victims and their families that the football family share in their grief."

Sixteen German teenagers on a school exchange trip are feared to be among the 144 passengers and six crew killed when a Germanwings jet crashed in the French Alps en route to Duesseldorf from Barcelona.

The school group were from Haltern, North Rhine-Westphalia, the hometown of Germany defender Benedikt Hoewedes.

"Everyone knows that I come from Haltern am See and I still have lots of friends and relatives there," Hoewedes, a World Cup winner, wrote on his Twitter account.

"I am unbelievably sad over this terrible accident and wish all the families and their loved ones the strength to get through this."