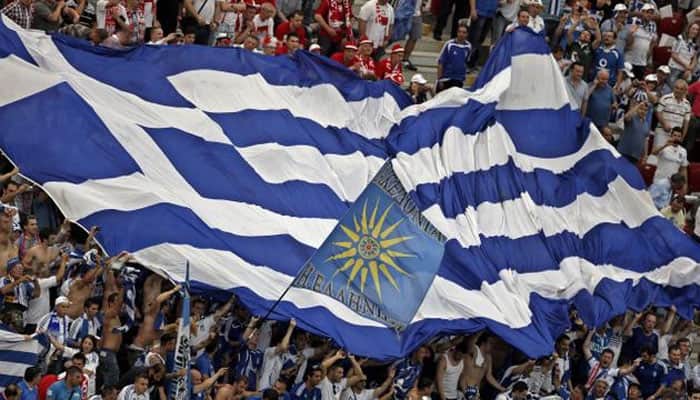 Kontonis made the comment on Mega television in response to a fax sent earlier Wednesday jointly by FIFA and UEFA to the Greek football federation.

The fax warned that the country`s teams face a ban from international competition if the Greek parliament adopts legislation abolishing the independence of the federation.

"We are not going to change the philosophy of the sports bill. The supervision exercised in Greek football by FIFA and UEFA have failed," Kontonis said.

The leftist Greek government has tabled in parliament the bill aimed at tackling violence in domestic sport.

Kontonis said that despite disagreements with FIFA and UEFA his government plans to go ahead with an auditing and supervisory role in all aspects of sports in Greece.

The bill is expected to be voted on in parliament by early next month.

Under the new legislation the government would have the right to impose fines ranging from 10,000 to 25 million euros for violent incidents, to order the postponement or cancellation of sporting events and even to prohibit teams from playing in European competition.

The legislation also includes the possibility of fines to be imposed on media outlets for showing or inciting violence and prison for individuals from unrecognised supporters clubs for issuing tickets.

It also sets out guidelines on the use of cameras and electronic ticketing while referees will be required to submit financial statements of their wealth to the relevant authorities.

"Given the circumstances, we hereby inform you that should the bill be adopted as proposed, we will have no option but to refer the case to the relevant FIFA and UEFA bodies for immediate sanctions, including the suspension of the Greek football federation," said the fax signed by Secretary Generals of FIFA and UEFA respectively, Jerome Valcke and Gianni Infantino.

The officials said that the suspension of the federation would mean "that no Greek team of any sort, including clubs, could take part in FIFA or UEFA competitions."

Kontonis stressed that he will meet with FIFA and UEFA officials at the end of this month in order to find a solution but made it clear that he "does not accept ultimatums."