Honours even as Cairney earns Blackburn Rovers share of spoils 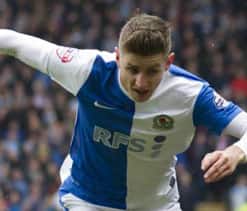 London: Blackburn avoided a dispiriting start to their Championship promotion campaign as Tom Cairney`s strike rescued a 1-1 draw against Cardiff on Friday.

Gary Bowyer`s side fell behind in the opening match of the new second tier season when Kenwyne Jones headed home from close-range in the first half at Ewood Park.

But Rovers were able to earn a share of the spoils against one of the favourites to reach the Premier League thanks to midfielder Cairney, who scored with a long-range strike just before half-time.

The new English season almost had the most electric start when Blackburn striker Rudy Gestede appealed for a penalty in the opening moments after flicking his header into Mark Hudson`s outstretched arm near the edge of the area.

Referee Andrew Madley took his time, eventually awarding a free-kick despite television replays appearing to show Hudson`s arm was inside the area upon contact, and Cairney`s set piece crashed into the wall.

Ole Gunnar Solskjaer`s Cardiff are desperate to make a quick return to the Premier League after last season`s relegation brought their time in the top-flight to an end after only one season.

And the Bluebirds served notice of their intent with a series of corners which tested home goalkeeper Paul Robinson, one of which he clawed over the bar off his own line with Aron Gunnarsson waiting to convert.

Jones had almost beaten Robinson to that effort, but the towering former Stoke striker would not squander his next opportunity.

Peter Whittingham`s 18th-minute free-kick was touched on by Hudson and Jones timed his run perfectly before cushioning a header beyond Robinson from close-range.

It was his first goal since February 1 and only the second of his Cardiff career following a debut strike against Norwich.

However, the hosts finished last season in excellent form and they restored parity five minutes before the break.

Star striker Jordan Rhodes showed he isn`t afraid to put in the hard yards as he stole possession from Whittingham, who had dwelt too long on the ball, and Cairney pounced to curl a fine shot past David Marshall from 25 yards.

Bowyer had to shuffle his defence at the interval with Matt Kilgallon going off, Jason Lowe dropping into full-back and Alex Baptiste moving inside.

It did not disrupt their rhythm and Gestede headed just wide after good work from Conway on the left flank.

Solskjaer also changed both his personnel and their positions but with little improvement, even after switching new striker Adam Le Fondre, signed from Reading, to a more natural central role.

Conway drove the only real chance of the final 30 minutes over the bar as Rovers continued an unbeaten run which encompasses the final 12 games of last season and dates back to March 12.

Eventful night for Zlatan Ibrahimovic as PSG start with draw