I see an outset of a footballing atmosphere in India: Narendra Modi

Modi had earlier urged Indian football fans to give suggestions and ideas to help make the game more popular throughout the country. 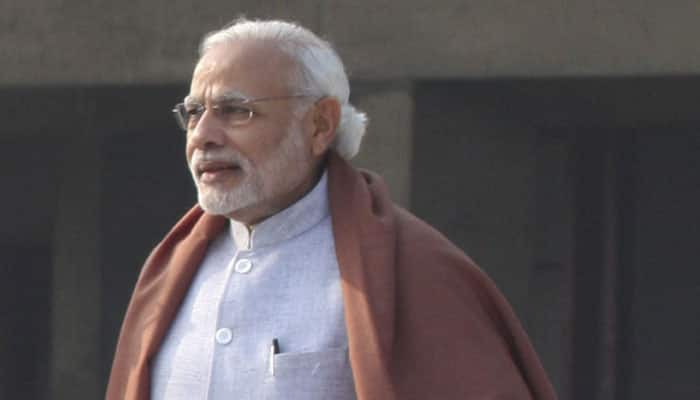 New Delhi: With India gearing up to host the FIFA U-17 World Cup next year, Prime Minister Narendra Modi today said he sees the "outset of a footballing atmosphere" in the country that longs to one day compete in the sport's showpiece event.

For the third time in three months, football played an important part in the PM's address to the nation. During his 'Mann Ki Baat' programme, Modi called for creation of the right atmosphere for the game's development.

"Last time around, I had talked about FIFA U-17 World Cup and I have received suggestions from all over the country. I see the outset of a footballing atmosphere here - a lot of people are taking the initiative and funding a team of their own. I have received thousands of suggestions on Narendra Modi mobile app," Modi said.

"It might be the case that a lot of people do not play the game but to know of the interest of millions of youngsters in the game was a very pleasant experience for me. Our affinity for cricket was well known to me but the growing interest for football itself indicates a fruitful future," he added.

Modi had earlier urged Indian football fans to give suggestions and ideas to help make the game more popular throughout the country.

Preparations are underway to host the mega event in October 2017.