Even an Alex Ferguson or Zico will 'struggle' to change the fortunes of the game in India if a proper youth development system will not be in place, football icon Baichung Bhutia said on Thursday. 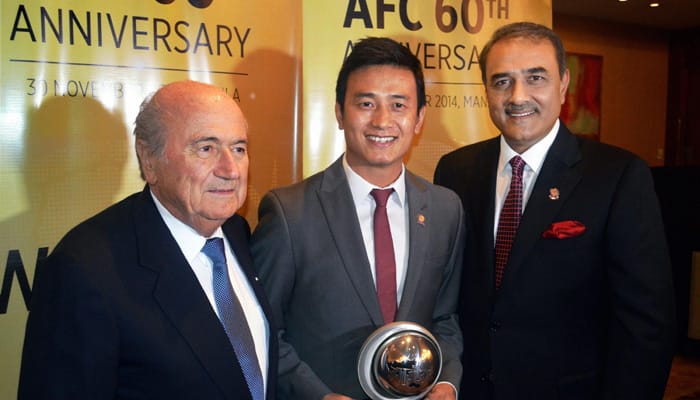 Kolkata: Even an Alex Ferguson or Zico will 'struggle' to change the fortunes of the game in India if a proper youth development system will not be in place, football icon Baichung Bhutia said on Thursday.

"Good coaches will deliver good results with good players. In India we need to start developing our players. But if we don't give good players, and if you bring in Alex Ferguson as well, they would also struggle," he said reacting to rumours that Brazilian great Zico maybe approached to succeed Wim Koevermans as India's next football coach.

"Zico is a great coach no doubt. But if you don't give him the 20 good players, he's also going to struggle. Let's invest in the U-17 team and tournaments, selection and then hopefully the quality of the game when they start playing in seniors will be much better than our standards! That time we can invest in a good foreign coach. It's important to change the quality. That is the format I'm looking at."

On the technical committee to pick India's next coach, Bhutia said the focus is not to go for a high profile coach for the seniors and instead to invest on a good U-17 coach.

"My personal view is not to spend much money as we did on Bob Houghton or Wim Kovermans. You want to see that salary is good but want to ensure that we don't spend much.

"We are also looking at U-17 coach. We also want to spend a decent amount on this. We want to bring somebody with a good background that is also going to cost money. We also want somebody who's attached with Indian football."

"It's important to have Indian coaching staff as well. He's going to help out and it will make a difference. We've not discussed anybody's name," he said about the meeting which is scheduled on December 21.

On the criteria of selecting the youth coach, he said: "We have to see his record, his experience and record with youth teams across the world. Not a bad idea to have somebody with the experience of coaching a senior team as well?"

The Zico formula had done the trick for Japan but Bhutia said the Brazilian was part of their rise as Asian powerhouse.

"He (Zico) has not changed all alone. Changes come with the system. It's not one single person. They have done a lot of grass roots level. They have really spent on the youth development."

Lamenting India's latest low in the FIFA rankings (171), Bhutia said it's high time to have a youth development system.

"The ranking is a major concern. Right now with ISL and the U-17 World Cup (in 2017) the attention is on the Indian football. We have to really focus on developing youth.

"World is going to watch you. When you are forced to do it, you do it. We just have been left with one option -- to develop the youth system."

The Maidan sport fraternity has expressed solidarity and stood by the state sports minister Madan Mitra, who's in CBI custody for his alleged involvement in chitfund scam.

Bhutia said he also stands behind Mitra but unable to join in the rally personally because of his commentary commitment with the ISL.

"I've been travelling, travelling and travelling. That's why I'm not able to go there. Definitely yes, I wanted to support. I think it's still under investigation."

Bhutia further said his club United Sikkim, which played the 2012-13 season before being relegated, has gone bankrupt.

"I don't have money, my team is almost bankrupt. My team is not playing in any tournaments because you need money to play," he said adding that the club just plays in Sikkim League with the local teams.