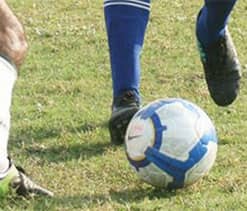 All India Football Federation`s (AIFF) Technical Director of Academies and Director Coach Education Scott O`Donnell, who is supervising the programme, said the ISL will play a catalytic role in raising football`s profile in the country.

"There is no doubt the ISL and the involvement of international stars including the likes of Michael Chopra and Freddie Ljungberg will play a big role in raising the game`s profile in India. Indian football is now getting into the newspapers and the media, this is what you need," said O`Donnell.

"The aim of working at the grassroots is to make kids enjoy the game and see that its following increases. We want as many boys and girls to come forward. The programme aims to train at least a million kids."

Under the programme, each of the eight ISL franchises have pooled Rs.2 crore and appointed development managers and officers entrusted with the responsibility of scouting and training budding talents.

The next workshop is likely to be held in New Delhi or Mumbai at the end of the month.