Jamaica scored a late winning goal while Costa Rica needed only a scoreless draw as both teams advanced from Group B to the quarter-finals of the CONCACAF Gold Cup on Tuesday. 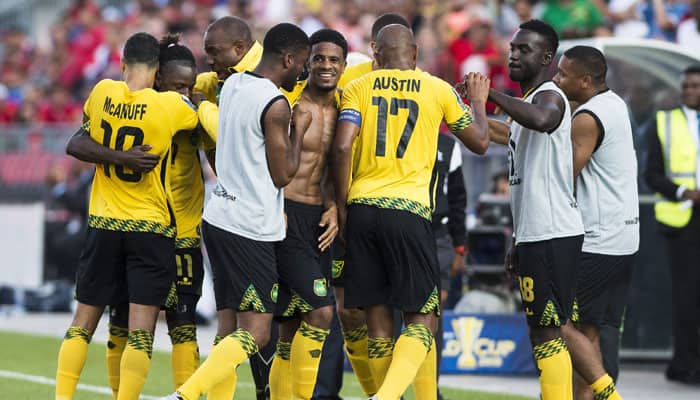 Los Angeles: Jamaica scored a late winning goal while Costa Rica needed only a scoreless draw as both teams advanced from Group B to the quarter-finals of the CONCACAF Gold Cup on Tuesday.

Jamaica`s Garath McCleary tapped in a rebound in the 72nd minute to help his team beat El Salvador 1-0 and clinch the group with seven points.

McCleary`s second goal of the tournament set up a quarter-final clash against Haiti.

El Salvador could have clinched a berth to the quarter-finals with a win but could not score. The Jamaicans prevailed despite needing three goal keepers and lost Darren Mattocks to a second yellow card in the 81st minute.

Starting goalkeeper Jermaine Taylor was injured in the opening minutes, while replacement Dwayne Miller went down in the 23rd minute after taking a hit in the head.

In the late match, Canada continued their offensive struggles in front of a partisan crowd in Toronto.

Canada had a great chance to end that drought in the 24th minute when Dejan Jakovic`s throw-in set up an attempt by Marcus Haber that was saved.

The Canadians failed to score in their three games at the tournament, allowing Costa Rica to advance to the quarter-finals with just three points.

Giovani dos Santos to return for Mexico in Gold Cup