Atletico Madrid may be without key midfielder Koke for over a month after he suffered a torn hamstring in his side`s 4-0 thrashing of Real Madrid on Saturday. 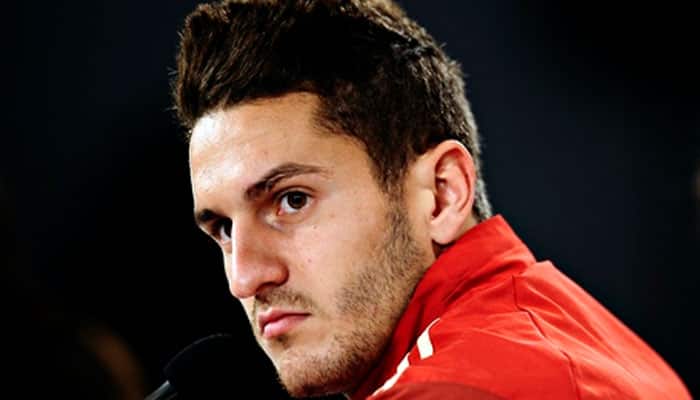 Madrid: Atletico Madrid may be without key midfielder Koke for over a month after he suffered a torn hamstring in his side`s 4-0 thrashing of Real Madrid on Saturday.

"The player suffered a torn hamstring in the back part of his left leg," the defending Spanish champions said.

Koke, a 23-year-old Spain international and an integral part of the Atletico midfield, is set to miss the Champions League last-16 first-leg with Bayer Leverkusen this month and possibly the league clashes against Sevilla and Valencia.

"Incredible performance from the team! And thanks for your messages! I hope to be back soon," he wrote on his official Twitter account.

The victory pulled Atletico within four points of their capital neighbors, and level with Barcelona, who play their game in hand later on Sunday at Athletic Bilbao.

Koke`s loss was bittersweet as he was replaced by 20-year-old Saul Niguez, who went on to score a stunning overhead-kick and set up the third goal for Antoine Griezmann.

Saul also injured himself in the process of teeing up Griezmann but scans have ruled out anything more serious than just a knock on his left knee.

Defender Diego Godin also played the majority of the game with a broken nose after clashing with Sami Khedira after ten minutes.

However, the club confirmed the Uruguayan won`t need surgery on the injury.

Car that can change the world's traffic system