Lionel Messi became the all time leading goalscorer in the Champions League just four days after achieving the same feat in La Liga with his 72nd goal in the competition against APOEL Nicosia on Tuesday. 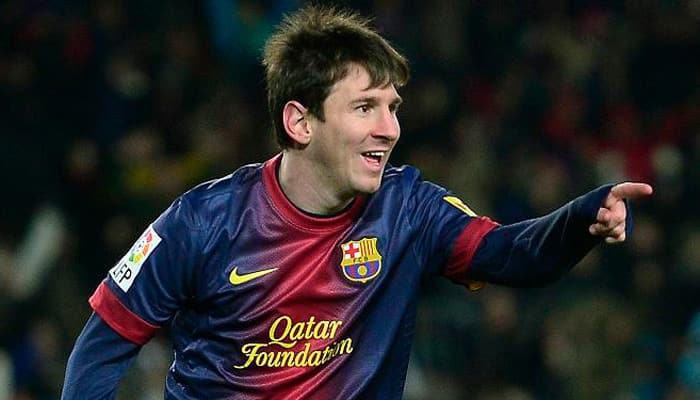 Nicosia: Lionel Messi became the all time leading goalscorer in the Champions League just four days after achieving the same feat in La Liga with his 72nd goal in the competition against APOEL Nicosia on Tuesday.

Messi was captaining Barca on the night and stabbed home his side`s second goal of the evening from close range on 37 minutes after Luis Suarez had opened his account for the club with the opener.

The Argentine moves ahead of Raul, who scored 71 goals in 142 appearances for Real Madrid and Schalke, with Cristiano Ronaldo just one goal further back on 70.

Messi now hold both scoring records at just 27 years of age and reached the new record mark in 51 fewer games than Raul with both men having won the tournament three times.

The four-time World Player of the Year broke Telmo Zarra`s 59-year-old record of 251 La Liga goals at the weekend with a hat-trick in a 5-1 thrashing of Sevilla to take his tally in the Spanish top flight to 253 goals in 289 appearances.

Messi recently celebrated the 10th anniversary of his debut with the Catalan giants, a period which has seen him win 21 trophies.

However, he cast some doubt on his future with the club last week when he refused to rule out a move away from the Catalan capital before the end of his career despite signing a new four-year contract in May.

"Football is full of unexpected twists and turns," he told Argentinean newspaper Ole.

"It is true that I said I would like to stay there forever, but sometimes not everything turns out the way you want."

Barca boss Luis Enrique played down fears he could leave, though, describing him as a "unique and unrepeatable player."