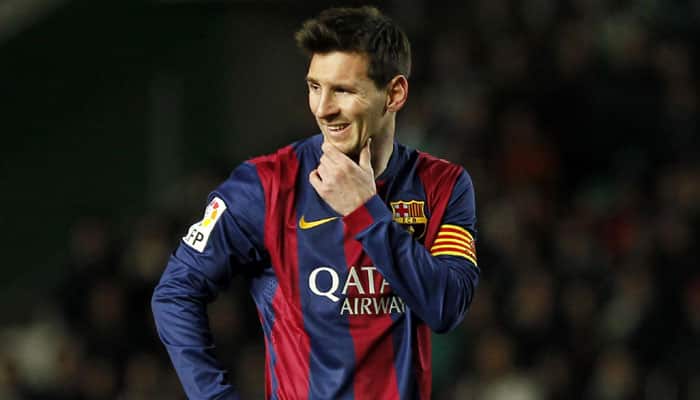 Speaking to Canal Plus after the final whistle at Elche, Bartomeu said “Leo doesn’t look at other people’s statistics. He plays for the team, he scores and creates opportunities for others.”

The club president also claimed that with Messi, Neymar and Luis Suarez, who was rested for the game, Barcelona have got the best forward line in world.

“Messi and Neymar each scored two goals and both provided assists. With Leo, Neymar and Suarez I think we have the best forward line in the world,” Bartomeu added.

After initial struggles, Barca broke the Elche defence with an unlikely scorer in Gerard Pique. The defender slotted home from a close range in 35th minute. Messi found himself scoring from the spot in the 55th minute, then set up Neymar twice in a space of two minutes to make it four-nil at 71st minute.

In the 88th minute, the four-time Ballon d'Or winner scored a beautiful goal from a Marc Bartra through ball. In the final minute, Pedro completed the rout with an easy tap-in from a brilliant Neymar run-in.

With the double, Messi has reached 21 league goals, still trailing by seven goals to Cristiano Ronaldo's 28. Interestingly, the Real Madrid front-man failed to score yesterday against Cordoba allowing his bete noire to catch up in goal scoring race.