Neil Adams has resigned as manager of Norwich City but will return to work for the club later this year, the English second-tier club announced via Twitter on Monday. 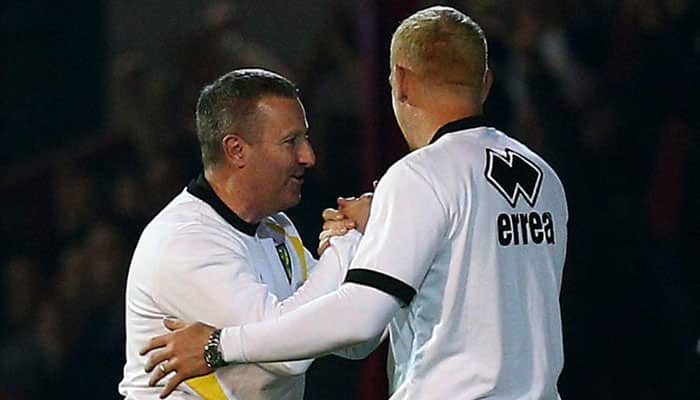 London: Neil Adams has resigned as manager of Norwich City but will return to work for the club later this year, the English second-tier club announced via Twitter on Monday.

The 49-year-old stands down following Norwich`s 2-0 loss to Preston North End in the FA Cup on Saturday and with the club in seventh place in the Championship, three points below the play-off places.

First-team coach Mike Phelan, formerly an assistant to Alex Ferguson at Manchester United, has been placed in temporary charge.

"Norwich City can confirm Neil Adams has resigned as manager with immediate effect. The process of appointing a new manager to take the club forward is already underway," Norwich said in a statement.

"Former Canary winger and successful youth team coach Adams will take a break from the game before returning to work for the club in July, in a role to be confirmed at a later date."

Adams succeeded Chris Hughton towards the end of last season, but was unable to prevent Norwich`s relegation from the Premier League.

He said: "I firmly believe we are still on course for a crack at promotion back to the Premier League. That is where this club belongs.

"However, I feel it is in the best interests of the team that an immediate change is made in order to ensure a positive impact on results."