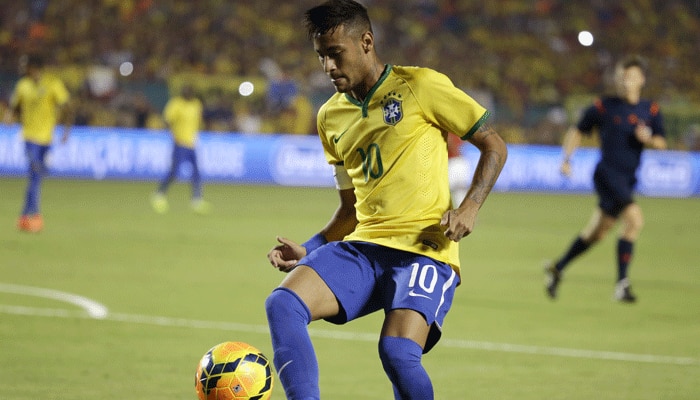 Neymar, the hugely popular captain of Brazil`s national team, said he was backing Neves over leftist incumbent Dilma Rousseff because he believed the center-right challenger was the best option for Brazil.

"I will support the candidate (Neves) because I identify with his proposals for Brazil," the 22-year-old multi-millionaire Barcelona star said in a video message.

He said he had decided to go public with his support for Neves after "much discussion and thought" with his family.

The striker said irrespective of his declaration for Neves, he would support whoever won Sunday`s vote.

"Be sure that whatever the results are on Sunday, I will support my country and my president elected by the people," Neymar said.

Two polls on Thursday pointed to a victory for Rousseff in Sunday`s vote, with the Brazilian president opening up a potentially decisive gap over Neves in a runoff which had previously been too close to call.

Polling firm Datafolha found Rousseff had 53 percent of the vote against 47 percent for Neves heading into the second round.

Ibope, another leading pollster, gave the incumbent 54 percent and the challenger 46 percent.

In both cases, the gap between the candidates was larger than the two-percentage-point margin of error.