Rangers can `cope with play-off pressure 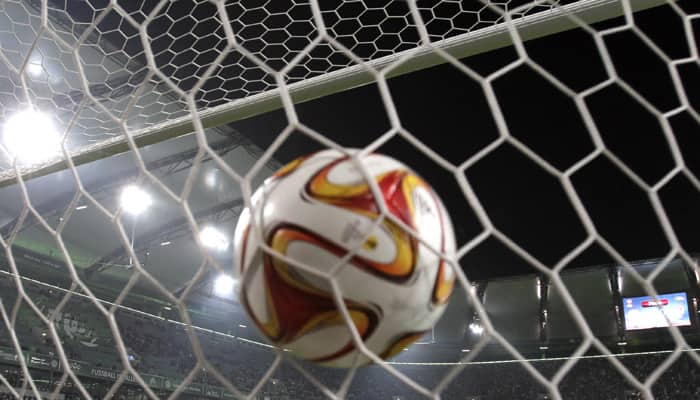 Rangers assistant manager Kenny Black is confident the pressure of the Championship play-offs will bring out the best in his side.

The fallen Glasgow giants face Queen of the South at Palmerston Park in Saturday`s play-off quarter-final first leg as they bid to return to the Scottish Premiership after three years in exile.

The Ibrox side head into the game having recorded just one win in their last four matches as they were pipped to second place in the second tier table by Hibernian.

Rangers have struggled on the synthetic surface utilised by Queens, who finished fourth, having lost 2-0 and 3-0 on their previous visits to Palmerston Park this season.

However, Black, who joined Rangers along with manager Stuart McCall in March, hopes his side can rise to the occasion and keep their promotion dreams alive with a positive result to take back to Ibrox for the second leg next Sunday.

"Hopefully this pressurised situation will bring out the best in us. We have a lot of experienced players and staff, and it is up to us to go and retaliate first," Black said.

"Queen of the South have a terrific home record. They`ve had 13 home victories in the league this season so we have to make sure we combat that.

"With a two-legged affair then hopefully we can come back with an advantage or, at the very minimum, still be on level terms with the 90 minutes to come at Ibrox.

"We certainly wouldn`t like to come back with the two previous results we have had there as that would put us under extreme pressure."

The aggregate winners of the clash will face Hibernian, who finished second in the Championship, in another two-leg play-off in a semi-final that leads to a final against the side finishing second bottom of the Premiership.Rangers` problems are a world away from Old Firm rivals Celtic, who were crowned Scottish Premiership champions for the fourth consecutive time last weekend.

The Hoops travel to Pittodrie to take on second-placed Aberdeen on Sunday and goalkeeper Craig Gordon wants his team-mates to put in the kind of performance that underlines Celtic`s championship credentials.

"We have to earn the points," the Celtic stopper said. "We have done well in the three games we have played them so far and it is three wins out of three, which has been pivotal in the race for the title, but there are no guarantees we can go there and do that again.

"It was very close up there the last time and one or two things could have gone either way. It took a last-minute goal from a set-piece for us to get the win and it turned out to be a really significant afternoon for us.

"But they will be playing for pride. By no means are we thinking we just need to turn up to win the game.

"We want to keep the form going until the last day of the season and we don`t want to take our foot off the gas now.

"We were excellent last Friday in the 5-0 win over Dundee, and it is important that we try to finish the season as strongly as possible now."

Midfielders can save Sunderland: Dick Advocaat