Sampdoria president Massimo Ferrero has hinted that Samuel Eto`o could finally complete his move to the Serie A side after two weeks of negotiations with Premier League club Everton. 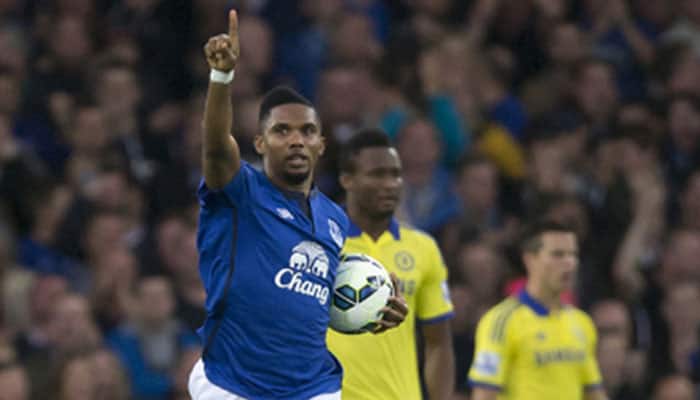 Milan: Sampdoria president Massimo Ferrero has hinted that Samuel Eto`o could finally complete his move to the Serie A side after two weeks of negotiations with Premier League club Everton.

Eto`o has been tipped to join the Genoa-based side since Everton manager Roberto Martinez indicated the Cameroonian striker would be allowed to leave Goodison Park.

Ferrero unveiled four new signings on Friday including Colombian striker Luis Muriel from Udinese, but the flamboyant film producer hinted he could add Eto`o to his winter transfer haul within the next 24 hours.

"Today I have brought you four pearls and maybe tomorrow there will be another," said Ferrero referring to Eto`o.

Eto`o is said to be keen for a return to Italy where he enjoyed huge success with Inter Milan during his spell with the club in 2009-2011, including winning the treble of league, Cup and Champions League in 2010 under former coach Jose Mourinho.

Sampdoria are 10 points behind leaders Juventus ahead of the defending champions` home game against Verona on Sunday and level with Napoli in the third and last Champions League qualifying place.

Reports in Italy on Friday said the 33-year-old is expected to undergo a medical at the northern Italian city on Saturday.

Sampdoria, coached by Serbian Sinisa Mihajlovic, sit fourth in Serie A, level on points with third-placed Napoli and 13 points behind leaders and champions Juventus.

Bayern Munich in no rush to extend Pep Guardiola`s deal