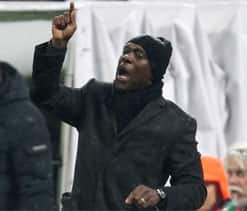 Berne: After years of trying, South American coaches are finally gaining a foothold in European football and their growing influence will be heavily felt as the Champions League round of 16 gets under.

Three of the eight teams in action this week are coached by South Americans, AC Milan`s Clarence Seedorf was born and ended his playing career on the continent and Bayern Munich`s Pep Guardiola said he was inspired by what he learned during a visit to Argentina.

"I have always been interested in Pellegrini`s career both in Europe and before, when he was coaching in South America," said Argentine Martino, a surprise appointment by Barcelona before the start of the season

"He is one of the best coaches in the world. I feel very satisfied to be facing him in this tie."

Atletico Madrid, revitalised by former Argentina captain Diego Simeone, travel to AC Milan on Wednesday where they seem certain to give Seedorf a baptism of fire as he makes his coaching debut in a competition in which he was immensely successful as a player.

Guardiola`s Bayern Munich visit Arsenal the same evening as the two sides meet at the same stage for the second season in a row.

Overall, the round of 16 has a familiar ring to it after a predictable group stage where the only major surprise was the elimination of Serie A champions Juventus.

Ten of the 16 teams reached the same stage last year and Manchester City are the only knockout phase debutants.

Bayer Leverkusen, second in the Bundesliga, host big-spending Paris St Germain in the other of this week`s ties on Tuesday.

The remaining four first legs will all be played the following week with Olympiakos-Manchester United and Zenit St Petersburg-Borussia Dortmund on February 25 and Galatasaray-Chelsea and Schalke 04-Real Madrid on February 26.

South American players have long been hugely influential in European football but, until recently, coaches have struggled to adapt in the modern era even when they their records suggested they had all the right credentials.

Carlos Alberto Parreira lasted only a few months at Spanish club Valencia after leading Brazil to World Cup victory in 1994 while the hugely successful Boca Juniors and Velez Sarsfield coach Carlos Bianchi fared just as badly, with short spells at AS Roma and later Atletico Madrid.

Argentina`s Ramon Diaz and Colombia`s Francisco Maturana were others who failed to make it on the other side of the Atlantic.

The new generation has proved far more adaptable, although there is little connection between Pellegrini, Martino and Simeone who took very different routes to Europe.

Pellegrini, a qualified engineer and former Chile defender, coached five clubs in his homeland then worked in Ecuador and Argentina before carving out his reputation in a five-year spell at Spain`s Villarreal, leading them to the Champions League semi-finals in 2006.

Martino, whose only major title as a coach was Argentina`s Final championship with Newell`s Old Boys last season, took an even more unlikely route, coaching modest clubs in Argentine and then Paraguay`s Cerro Porteno and Libertad before making a positive impression during five years as coach of the Paraguay national team.

Martino is widely regarded as a disciple of former Argentina, Chile and Athletic Bilbao coach Marcelo Bielsa , who also inspired Guardiola when he visited Argentina before his hugely successful spell in charge of Barcelona.

Simeone, often describing as playing with a knife between his teeth, is a former Atletico Madrid player strongly identified with the club which he has revitalised since coming back as coach at the end of 2011.

Seedorf, his opposite number on Wednesday, was born in the former Dutch colony of Suriname and ended his career in Brazil with Botafogo, where he commanded enormous respect.

"The Brazilian league is very different and it gave me a lot to be able to face this new adventure," Seedorf, who won the Champions League four times as a player, told Milan`s website (www.acmilan.com).

"My experience with Botafogo helped me to prepare for this new job," added Seedorf, who took over in January with the club in disarray..

"The match against Atletico will be a great chance to take a big step forward. We`ll play our game since Milan always have something extra in the Champions League."