There could be a double Hazard for defenders in England next year. According to reports, prodigious Thorgan Hazard is set to team up with his elder brother Eden at Stamford Bridge next season. 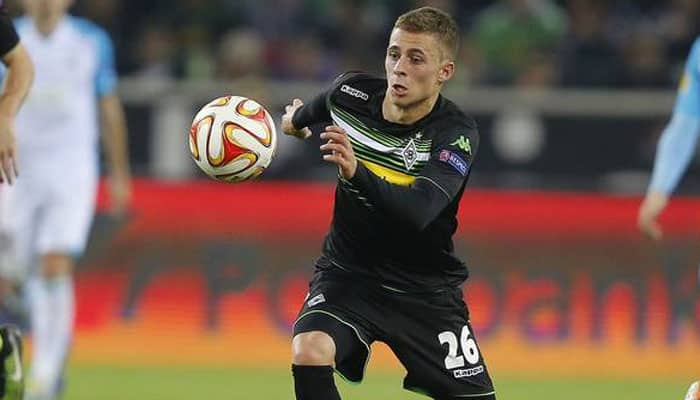 New Delhi: There could be a double Hazard for defenders in England next year. According to reports, prodigious Thorgan Hazard is set to team up with his elder brother Eden at Stamford Bridge next season.

Thorgan is currently on loan at Borussia Monchengladbach and is yet to make an appearance for Chelsea under Jose Mourinho. However, the 21-year-old can expect to play for the Blues first-team, reports the Daily Express.

In a bold move, Chelsea signed the Belgian brothers in 2012. Thoran was with Lens, while his elder brother was with Lille before their respective London moves.

Unluckily, for the younger brother, the London club immediately loaned out to Zulte Waregem, where he scored 22 goals and assisted another 30 during 90 appearances over two seasons.

But, Eden has grown as one of the best mid-fielders in the world at Stamford Bridge and he has been the vital cog in Mourinho's schemes of things.

Elsewhere in Germany, Thorgan has been doing the same. In his 23 appearances for the Bundesliga outfit, the winger has scored four goals besides assisting seven times.

With both wingers Andre Schurrle and Mohamed Salah not making consistent starts under Mourinho, it's believed that the younger Hazard could soon make his Chelsea debut.

If such a move materialises, the Hazards will be one of the rare sets of brothers to play for a club simultaneously. Most recently, Toure brothers – Kolo and Yaya – played for Manchester City together for three years before the former moved to Liverpool in 2013.