Troubled French international midfielder Yann M`Vila trashed his rented house before seeking refuge at the home of a team-mate due to an ongoing conflict with his club Dynamo Moscow, reports in Russia said on Friday. 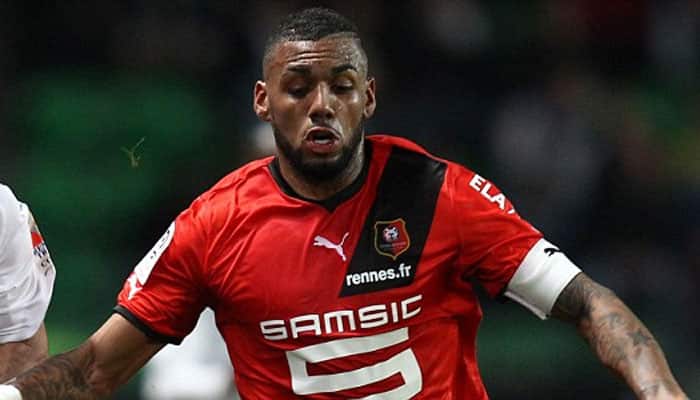 Moscow: Troubled French international midfielder Yann M`Vila trashed his rented house before seeking refuge at the home of a team-mate due to an ongoing conflict with his club Dynamo Moscow, reports in Russia said on Friday.

The website LifeNews cited the owner of the house and a cleaner who claimed the midfielder ransacked his lodgings in the Moscow suburbs before leaving, with his agent saying he had gone to stay with his French colleague William Vainqueur.

The owner of the house contacted the police before accusing M`Vila of causing material damage and not paying his rent.

LifeNews added that the incident was connected to a row between the player and the Moscow club -- M`Vila, who has been playing for another Russian club, Rubin Kazan, was supposed to sign a contract with Dynamo but the deal is still to be finalised.

Dynamo`s decision to reintegrate the Russian international midfielder Igor Denisov, who had been transfer listed after a row with the coach, has not helped M`Vila`s case.

The coach in question, Stanislav Cherchesov, was recently sacked, being replaced by Andrei Kobelev.

The translator added that M`Vila kept an axe in his house as a form of protection.

M`Vila had been on the radar of clubs in England when he first moved to Russia in January 2013, joining Rubin from Rennes.

He has been capped 22 times by France but has not played for his country since Euro 2012.

In late 2012 he was handed an 18-month ban from representing his country by the French Football Federation after taking part in an unauthorised night out while on under-21 duty.