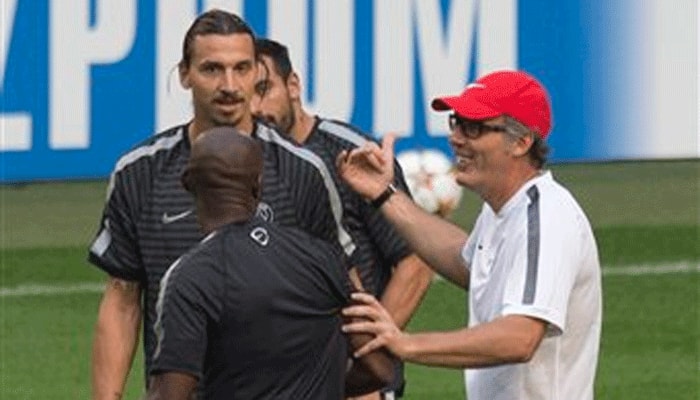 The disciplinary commission scheduled for April 9 will also hear the case of Marseille player Dimitri Payet, who was caught in the camera using expletives during another league game.

The 32-year-old Swedish super-star was recorded speaking in English but in partial sentences, "He's an a******. Play 15 years, never seen referee this s*** country. Don't even deserve PSG should be in this country. F****** too good for all of you. Should be happy they exist."

It happened during PSG's league game against Bordeaux, wherein the referee Lionel Jaffredo failed to give a free-kick after the goalkeeper Cedric Carrasso picked up a seemingly clear backpass.

The former Barcelona player however tendered his apology and said, "Don't twist it, it's about football we talk."

Payet was also recorded throwing expletives during Marseille's game with Lyon, which ended in a draw. The 28-year French midfielder was not happy after the referee disallowed a late Lucas Ocampos which would have given them a win at Stade Velodrome.