McLaren`s Fernando Alonso will be kept in hospital overnight after crashing heavily on the final day of Formula One`s second pre-season test in Barcelona on Sunday. 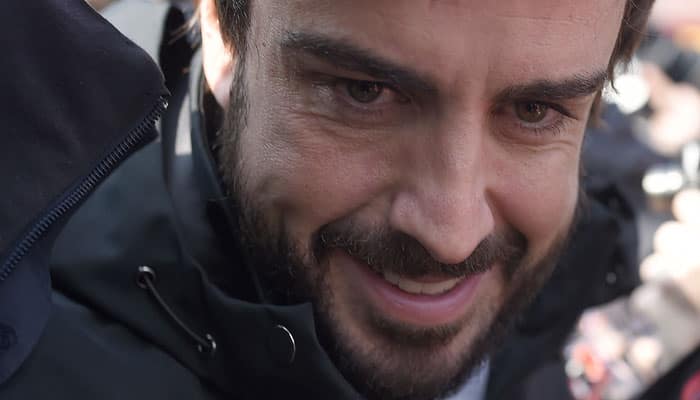 Barcelona: McLaren`s Fernando Alonso will be kept in hospital overnight after crashing heavily on the final day of Formula One`s second pre-season test in Barcelona on Sunday.

The Spaniard, a double world champion returning to McLaren this season after five years at Ferrari, was concussed when the car hit the wall on the exit of the 240kph Turn Three at the Circuit de Catalunya.

The 33-year-old, who was conscious and talking after the impact, was taken to the medical centre for initial treatment before being airlifted to hospital where he had CT and MRI scans.

McLaren racing director Eric Boullier played down the severity of the crash, however, and said it was "just one of those things that happens in testing.

"Fortunately, he’s fine, but was concussed during the accident, which therefore required an overnight stay in hospital as a precaution," added the Frenchman. "That’s normal practice after a concussion.

"Inevitably, some media reports have sought to exaggerate the severity of the incident -- it was just a normal testing accident."

Sensors in Formula One cars measure the G-Force of crashes and FIA rules dictate that drivers must complete mandatory hospital tests if a certain reading is exceeded.

The team did not say whether the crash was a result of a driver error or a malfunction of the car, which has had a troubled start to the year with McLaren starting a new partnership with Honda.

Alonso`s British team mate Jenson Button had been due to test in the afternoon but McLaren decided to call it a day with the car requiring lengthy checks of the gearbox and power unit systems.

"It’s been a tough week for the whole team, but we’ll be back, and pushing harder than ever, in Barcelona next week," said Boullier.

Alonso had completed just 20 laps before the accident, taking McLaren`s tally for the four days in Barcelona to a meagre 124 -- seven fewer than Germany`s Nico Rosberg put in for champions Mercedes on Sunday alone.

Honda are returning to Formula One after pulling out as a manufacturer in 2008 but their new V6 power unit has experienced teething problems, with only four days of testing remaining before the season starts in Australia on March 15.