Force India expect to sign a reserve driver now that Formula One has kicked off its European season, according to deputy principal Bob Fernley. 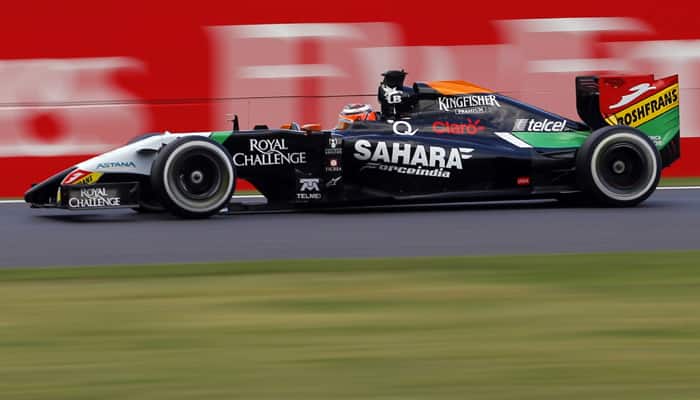 London: Force India expect to sign a reserve driver now that Formula One has kicked off its European season, according to deputy principal Bob Fernley.

"We are looking. And sometime in the European bit now we will sign someone," the Briton told Reuters before a two-day test at Barcelona`s Circuit de Catalunya that started on Tuesday.

Mercedes-powered Force India, who failed to score points in Sunday`s Spanish Grand Prix and have had cash-flow problems, will have French teenager Esteban Ocon in their car on Wednesday.

They had planned to test Pascal Wehrlein, who is also the Mercedes F1 reserve, on Tuesday but he was unwell and Britain`s Nick Yelloly, who has been doing simulator work with the team, took his place instead.

Ocon, the 18-year-old European F3 champion, is competing in GP3 with Mercedes support and was also recently appointed test and reserve driver for the Mercedes AMG team in the German Touring Car (DTM) series.

Fernley said the team would have been able to find a reserve easily enough if they had needed an emergency replacement for Mexican Sergio Perez or Germany`s Nico Hulkenberg but the role was more than just that.

"We`ve always run a reserve driver in an integral role," he said. "The fact that we haven`t got that at the moment doesn`t mean we couldn`t find somebody if we had to. That would be something we could achieve."

Several drivers, including Hulkenberg, have in the past used the Force India reserve seat as a stepping stone to a full F1 race drive.

Fernley shrugged off any concern about Hulkenberg who has already completed a six-hour endurance race with Porsche at Spa in Belgium this season and is due to compete in next month`s Le Mans 24 Hours as well as his full F1 programme.

The race at the Sarthe circuit has seen some big accidents in the past, with current endurance world champion Anthony Davidson breaking two vertebrae in a 2012 crash.

"Things can happen but if that happens we`ll deal with it," said Fernley. "We`ll just have to look at it when the thing comes but equally it`s an opportunity for Nico that we shouldn`t deprive him of."