Lotus` Pastor Maldonado was fastest on the first day of the second Formula One pre-season test in Barcelona on Thursday as Lewis Hamilton was sidelined for the majority of the day by a fever. 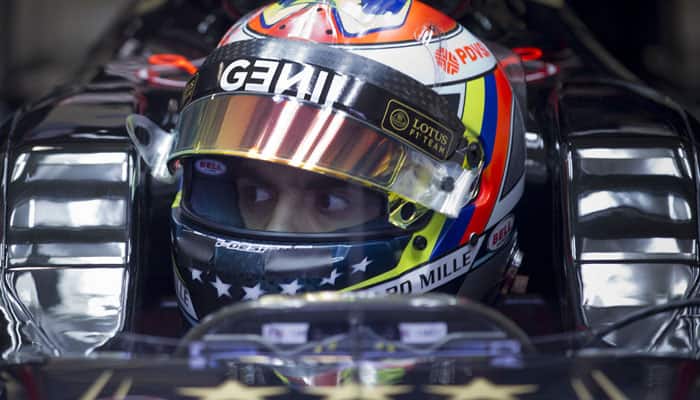 Barcelona: Lotus` Pastor Maldonado was fastest on the first day of the second Formula One pre-season test in Barcelona on Thursday as Lewis Hamilton was sidelined for the majority of the day by a fever.

Venezuelan Maldonado`s time of 1min 25.011 was faster than the lap which sealed Hamilton pole position on the same circuit at the Spanish Grand Prix last year.

It wasn`t such a productive day in the Catalan capital for Mercedes as world champion Hamilton had to pull out due to ill health after completing just 11 laps.

The Englishman was replaced by Mercedes test driver Pascal Wehrlein, who had started the day testing Force India`s car from the 2014 season.

Mercedes logged over 500 laps over four days in the first test of the season in the southern Spanish city of Jerez. Team principal Paddy Lowe explained they hadn`t called Nico Rosberg so as to not overtax the German`s workload, with last season`s runner-up in the world championship due to drive on Friday.

However, reports in the German press claimed Rosberg was also struggling with a neck problem.

McLaren`s embryonic relationship with their new engine manufacturer Honda continued to pose problems as a faulty seal requiring a power unit change ended their running for the day after just 21 laps by Jenson Button.

That took the Woking-based team`s tally of laps up to just 100 over the first five days of testing after a troubled time in Jerez. There is every chance that the home fans who turn out to see Fernando Alonso take the wheel on Friday could be left disappointed.

Elsewhere, Susie Wolff had an eventful day for Williams as she logged more laps than any other driver before lunch and was then involved in a collision with Sauber`s Felipe Nasr.

Both drivers were unhurt, but the session was delayed by 20 minutes as the two cars were retrieved from the gravel on the side of the track.

F1 drivers told to keep a lid on helmet changes