India's junior girls and cadet boys found a common whipping horse in Singapore to qualify for the second stage and lift the morale of the hosts after the junior boys lost their group 2 matches 0-3 to Japan and Korea at the Asian Table Tennis Championships here. 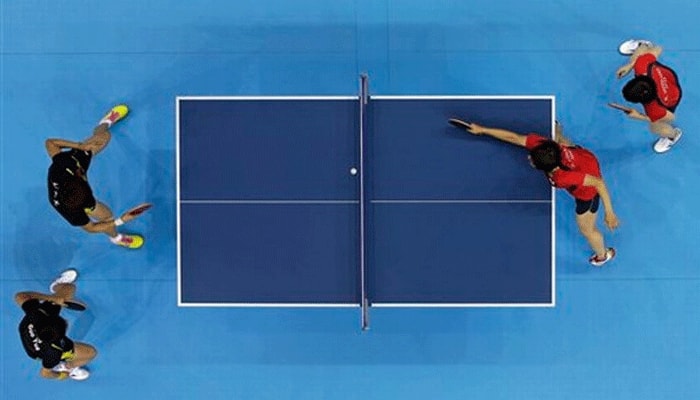 Mumbai: India's junior girls and cadet boys found a common whipping horse in Singapore to qualify for the second stage and lift the morale of the hosts after the junior boys lost their group 2 matches 0-3 to Japan and Korea at the Asian Table Tennis Championships here.

Later in the day yesterday, the cadet girls too made it to the knockout stage thrashing Jordan 3-0. But the junior boys, who have failed to make it to the quarterfinals, beat Thailand 3-2 and would be playing in the 9-14 positional matches.

India could have taken the top perch in cadet boys only if Manav Thakkar had sustained his aggression against Chinese Taipei's Chen Chun-Hsiang. But he won both his reverse singles and combined well with doubles partner Akaash Nath to give a tough time to Taipei. But it was Thakkar match against Chen Chun-Hsiang which set the ball rolling.

In fact, Thakkar should have won the match after leading 2-0 and in the decider 10-8. But a couple of net errors at the crucial match points reversed the fortune in favour of the Taipei boy. Undaunted, he combined well with Nath to win the doubles and his reverse singles. This was probably the trigger for the team to do well against Singapore where both Thakkar and Nath wore down their rivals to win 3-2 and go through.

With China and South Korea in Junior Boys section and China and Japan in Junior Girls category sitting pretty with direct entry into the quarterfinals to be played tomorrow, the onus was on group toppers to maintain their pre-eminence and without a hiccup they took their appointed place after beating their rivals.

Joining them in the quarterfinal race in the junior boys category were DPR Korea, Kazakhstan and Singapore, while in the Junior Girls section, Chinese Taipei and Thailand besides hosts India.

In the cadet boys section, group 4 saw some extraordinary results with No. 4 team Bahrain scoring over both Kazakhstan and Sri Lanka. In terms of reputation, Bahrain was a relatively a weak team considering the potential of Kazakhstan. But the former surprised both the Kazakhs as well as the Sri Lankans to take the second place behind Japan.