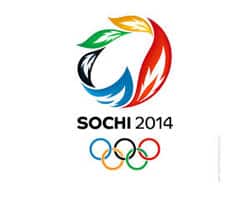 Moscow: Russian meteorologists have no concerns about a shortage of snow for the Winter Olympics in February but believe avalanches and poor visibility could disrupt the Sochi Games.

The slopes where ski races and other mountain events will be held, high above the sub-tropical Black Sea shore, should have two to seven metres (6.5 to 23 feet) of snow, said the head of Rosgidromet state forecasting Alexander Frolov.

Frolov also told a news briefing there was "a risk that a two, three-day cyclone may set in and significantly complicate our lives. Then the avalanche danger will increase and we will have to ... interrupt the Games".

Avalanches are common in winter and emergency services in Russia fire artillery rounds at the slopes to force the snowpack to come down safely.

"The second risk for us is low visibility when the cloud cover comes down," said Frolov.

President Vladimir Putin has staked his personal and political prestige on a successful Games in a location where most of the venues have had to be built from scratch.

Sochi Games chief Dmitry Chernyshenko has said the weather is viewed as a bigger potential problem for the organisers than security or infrastructure of a Games that has cost Russia around $50 billion.