Came to National Games as prize money too hard to ignore: Sandeep Sejwal

Among the small bunch of India's international medallists who chose to participate in the National Games despite the event falling in off season, Asian Games bronze-medallist Sandeep Sejwal on Sunday said the prize money on offer for every gold won here is just too tempting to ignore. 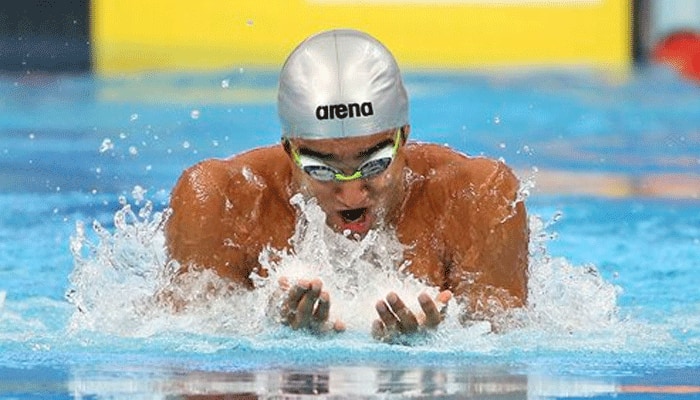 Thiruvananthapuram: Among the small bunch of India's international medallists who chose to participate in the National Games despite the event falling in off season, Asian Games bronze-medallist Sandeep Sejwal on Sunday said the prize money on offer for every gold won here is just too tempting to ignore.

Sejwal, only the third Indian in the last 28 years to grab a medal at the Asian Games, is here to compete in the National Games and the biggest motivation for turning up in an event devoid of big stars is the huge prize money on offer.

"It is actually my off season right now but when I got to know that the National Games are scheduled at this time, I decided to compete because the prize money on offer is very good. The other big stars who have skipped may have their reasons but the money on offer in very hard to ignore," Sejwal said candidly in an interview to PTI.

"There are so many gold medals on offer in swimming and with them a lot of prize money. I could take back anything between Rs 20 to 30 lakh if I win gold medals in my events. It is hard to ignore," said the 26-year-old from Delhi, who is representing Madhya Pradesh in the Games.

"Money aside, it is always good to stay in touch with the pool even in off season. In Bangalore and Delhi, where I train, the weather right now is cold so the pools are not conducive for training and we don't have warm pools for training. But here in Kerala it is ideal for me, so I am enjoying the experience," he added.

The Games have drawn massive criticism for the shoddy development of the venues with several of them looking grossly under-prepared but Sejwal is not complaining.

"As far as swimming is concerned, I am satisfied with the arrangements although everything can be better. I can't be complaining too much because this is how national events are conducted," he said.

The national record holder in 50m, 100m, and 200m breaststroke events, Sejwal would be gearing up for the World Championships in June, to be hosted by Russia. Sejwal said he plans to go abroad to train for the big event, which would double up as an Olympic qualifier.

"My next target is obviously qualifying for the 2016 Olympics in Rio for which I need to be well-prepared for the World Championships. In the next two months, I will train both here and also abroad if possible but I will decide on this after the National Games. The World Championships is a high-profile event, it needs lot of planning," he said.

"My aim is to improve my timings and so the focus of training will be on speed. I have no corporate backing as of now but the government is helping in a big way. I am satisfied with the support that I am getting. I have received the prize that I was promised, so it's going good," said the swimmer.

Asked if the Asian Games medal has made any drastic difference to the support that he has financially, Sejwal said so far he is relying solely on government support.

"The private sector has not come forward but that's ok, at least the government is doing its bit," he signed off.