Grandmaster and former world junior champion D Harika was adjudged the best woman player after she settled for a draw with Alon Mindlin of Israel in the ninth and final round of Poker Masters Isle of Man Chess tournament that concluded here. 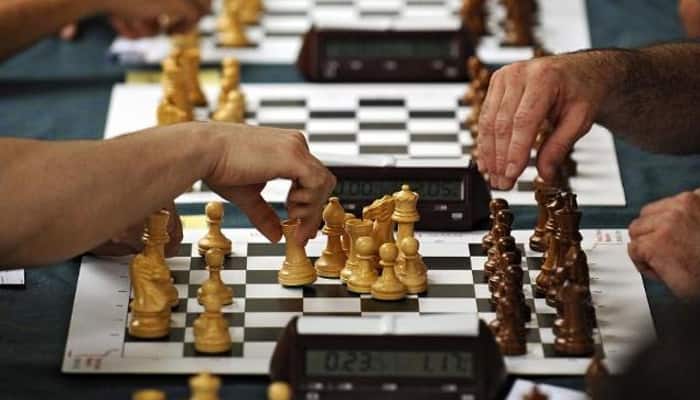 Isle of Man (UK): Grandmaster and former world junior champion D Harika was adjudged the best woman player after she settled for a draw with Alon Mindlin of Israel in the ninth and final round of Poker Masters Isle of Man Chess tournament that concluded here.

Harika knew that a draw would be enough for the first place and did not exert much in the last game of the tournament. The Indian finished with 5.5 points -- enough to clinch the top prize in the women's category (2000 pounds).

Grandmaster Nigel Short of England won the tournament with an impressive victory over overnight joint leader and compatriot David Howell in the final round.

Short came up with an excellent King side attack leaving Howell's kingside in tatters. The victory was worth 6000 Pounds for Short. Indian Grandmaster Abhijeet Gupta could not reverse his fortunes and had to split the point with Jorden Van Foreest of Holland. Gupta ended up in 12th place on 5.5 points.
Harika took the honours in Women's section by going for the sharp Ragozine defense as black against Israel's Alon Mindlin. Mindlin thought he had some chances after he stopped Harika from castling but soon after trading of the queens, it was clear that black's position was impregnable.

When more exchanges became imminent the players decided to share the point. The game was over in a mere 22 moves. The second prize in the women's section was shared by Elisabeth Paehtz of Germany and ELina L'Ami of Romania who both finished with five points apiece.

In the open section, Short finished a full point ahead of nearest contenders ending on 7.5 points in all. There was a four way tie for the second spot and the prizes were equally shared by Sergei Tiviakov of Holland, Laurent Fressinet of France, Gil Popilski of Israel and Howell scored an identical 6.5 points. Popilski held second seed Maxime Vachier-Lagrave of France to a draw while Tiviakov went for a quick draw with Fressinet in other top games of the final round.