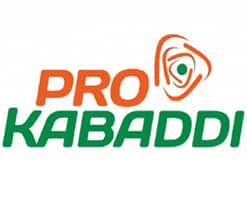 Even though Dabang Delhi pulled off a win in their last encounter, the five points gained by them was no avail as they were languishing at the sixth position with 16 points before the game.

In what turned out to be a one-sided contest, it ultimately was the Delhi team that emerged victorious. The second half also belonged to Delhi who did not allow the opponents including Puneri captain Wazir Singh any chance to conduct successful raids, reflecting the victors strong defence.

The game started with an unequal display by Puneri Paltan. Dabang Delhi`s Kashiling Adake and Surjeet Narwal were svoring the majority of the points, but rest of their teammates were no mug either.

Till the second timeout, the noisy crowd witnessed some terrific plays from Natwal and Adake, setting the score at 15-5, with Puneri trailing behind. The half-time scores were 20-10 in favour of Delhi.

Contrary to their poor reputation of frittering away games after taking an early lead, today sprung a surprise by maintaining the lead with great aplomb.

As soon as play resumed in the second half, Kashiling broke the draught with grabbing two points for Delhi. With these two points, Kashiling achieved a rare distinction of completing a century of raids.

Nothing went Puneri`s way with conceding their second allout in favour of Delhi with score reading at 28-10. With 14 minutes to go into the match, Delhi were well ahead with 17 points.
Facing yet another defeat, captain Wazir Singh towards the end took points in every raid but not enough to get Puneri past Delhi.