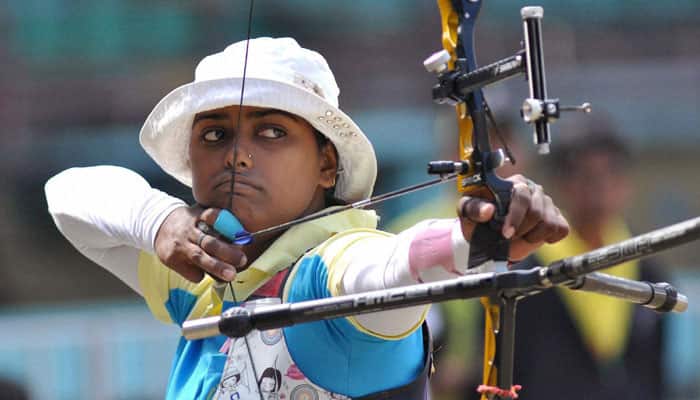 Earlier, the 20-year-old archer put up a brave fight in the semi-finals but was denied a place in the final by Olympic gold medallist Ki Bo Bae of Korea.

Deepika was the only Indian who made it to the last four as veteran Dola Banerjee, Satbir Kaur and Snehal Divakar all lost in the first round in individual women’s recurve competition.

The former world number one began the tournament with a resounding 6-0 victory over Christine Bjerendal of Sweden. The ninth seed then thrashed Anastasia Pavlova of Ukraine 7-3 and edged past American La Nola Pritchard 6-5 to reach the pre-quarters.

However, with a 4-6 loss to Bae, the Indian set her eyes on the bronze medal against second-seeded Hye Jin Chang of Korea. And eventually Deepika beat her to win the bronze in Turkey.