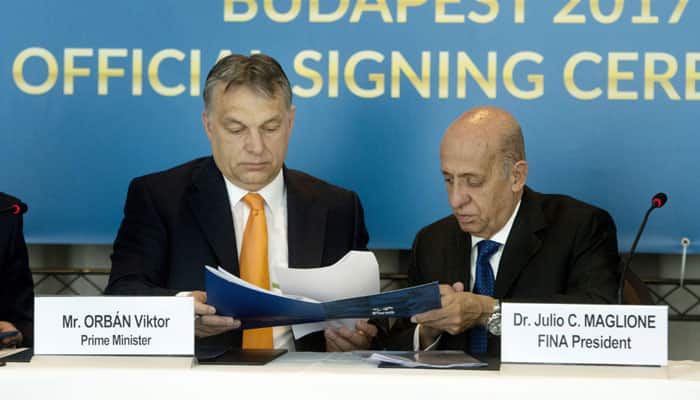 FINA president Julio Maglione travels business class but gets no salary, the world swimming federation said Friday as it became the first major sport to answer calls by the Olympic leader for greater transparency.

The International Swimming Federation said its Uruguayan president and other top officials are all considered volunteers.

Pressure has mounted on leading sports to increase their transparency on their finances since International Olympic Committee president Thomas Bach announced this month that he would be given 225,000 euros ($243,000) a year to cover his costs and said other presidents should declare their salaries.

The swimming federation said that in answer to the call, "FINA, one of the most important stakeholders of the Olympic programme, states that the president, the honorary secretary, the honorary treasurer and the bureau members do not receive any kind of indemnity.

"They are considered volunteers and do not receive a salary."

FINA said that all travel business class and that each gets a daily allowance of $400 (370 euros) when on official business. The figure increased by $100 on January 1.

The Lausanne-based federation, which has 32 full time staff, said that it also plans to create a chief internal audit officer post.

Maglione, 79, also gets $450 dollars a day when travelling as a member of the IOC, which he has been a member of since 1996. The IOC released the allowance figures this month when it announced Bach`s annual expenses sum.

Federations, such as football`s FIFA, have refused to declare the salaries of their leaders.

It won't be easy but I hope to be No.1 for long, says Saina Nehwal