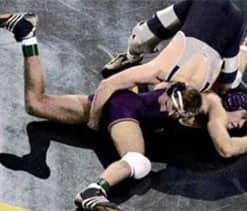 New Delhi: A technicality in the government rules for posthumous Padma Awards has rendered India`s first individual Olympic medallist K D Jadhav ineligible for the coveted civilian honour and his son Ranjit is so aghast that he now wants to throw away the bronze his "forgotten" father won in 1952.

Wrestler Jadhav was the first Indian to win an individual Olympic medal in 1952 in Helsinki but is the only one among the entire lot of country`s Olympic medallists not to have been conferred with the Padma Awards.

All of India`s individual Olympic medallists from 1996 Games onwards have been conferred with Padma Awards and only Jadhav who died in 1984 has been left out.

A Home Ministry rule on posthumous conferment of Padma Awards says: "The award is normally not conferred posthumously. However, in highly deserving cases, the Government could consider giving an award posthumously if the demise of the person proposed to be honoured
has been recent, say within a period of one year preceding the Republic Day on which it is proposed to announce the award."

Going by this, it would be difficult for Jadhav to get the honour but his son Ranjit wants his father to be conferred with the Padma Bhushan by changing the rule just like recent changes which allowed for sportspersons to get Bharat Ratna.

"My father brought laurels to the country by winning the bronze medal in 1952 Helsinki Games. He was the first Indian to win an individual Olympic medal but he has been forgotten now. I feel it`s better to throw away the Olympic medal into the Arabian Sea," Ranjit told PTI from his home in Karad in Western Maharashtra.

"If the government can change the rule recently to allow sportspersons to get the Bharat Ratna, why can`t they do it in the case of Padma Awards," he said.

Ranjit said that government can consider his father`s case as an exceptional situation as all the other individual Olympic medal winners after Jadhav (from Leander Paes onwards) have won Padma Awards but not him.

"It is a case of the person who achieved the laurel first being ignored while those who followed him have been recognised," said 42-year-old Ranjit, the only son of Jadhav.

"I am not against them getting the Padma Awards. But, is it not a humiliation to my father that he got the first individual Olympic medal and he was not conferred with Padma Awards while those who won the medals later, long time back, have got the awards?" Ranjit asked.

Ranjit rued that the country has virtually forgotten his father and its attitude was one reason for that.

"My father got the Arjuna Award in 2001 after a lot of trying and running around by me. I was amazed that the person who was the pioneer, the first person who won an individual Olympic medal, will have to wait for so long to get Arjuna Award posthumously.

"It`s not about mongering for the awards but it`s about my father deserving them. I will fight against the injustice to my father," he said.

"If the rules are creating injustice then they will have to be changed. When my father died in 1984 I was around 10 years old and if the rules were to be followed then I would have done that at that young age."

He said Member of Parliament Raju Shetti (from Hatkanangle constituency in Maharashtra), who has written letters to the Prime Minister and the President recommending Jadhav for the Padma Awards, raised the matter in the Lok Sabha in August.

"But last week, Mr Shetti has got a letter from the government that my father cannot get the Padma Awards on the ground that posthumous awards should be conferred within one year," he said.

Ranjit has now petitioned Home Minister Sushil Kumar Shinde, who is also a Rajya Sabha MP from Maharashtra, at his home in Solapur a few days ago regarding the matter.

"I met Mr Shinde at his home in Solapur on December 20 on the advice of his daughter who is an MLA in Maharashtra Assembly. Mr Shinde has asked me to fill in the pro forma for the Padma Awards and I have done that.
"The deadline for recommendations of the Padma Awards will end in three or four days and I am keeping my fingers crossed," he added.

The Padma Awards are normally announced just before the Republic Day every year and the President confers them a few months later.

An Awards Committee, to be appointed by the Home Ministry, will look into the applications and make the recommendations for the government to decide.

NFL: Tebow heads for TV booth after no club deal