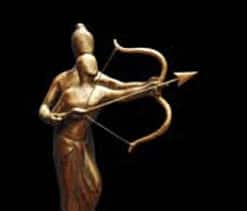 According to sources in the sports ministry, veteran athletics coach N Lingappa and judo`s Gurcharan Singh Gogi have also been recommended.

Apart from Prasad, who will be conferred with the award on the basis of current performance (2010-2013) taken into account, the four others are being awarded in the `Lifetime Achievement Category`.

The panel decided to recommend five names this time for the highest honour for coaches with one name each from boxing, athletics, wrestling, rowing and judo.

For the first time, a judo coach is set to be conferred with the Dronacharya with Gogi being recommended for producing a number of international judokas in a coaching career of over two decades.

For Manoharan, it was certainly a case of better late than never having coached the junior pugilists for the last 26 years. All the star boxers in the senior level like Shiva Thapa, Sumit Sangwan, Vikash Krishan has been under Manoharan`s tutelege during their junior years.

Shiva and Sumit won silver medals at the Youth Olympics and Asian Junior Championship under Manoharan in 2010.

A silent worker, Manoharan has been a pillar of the Indian boxing`s coaching staff. It is learnt that Manipuri boxing coach Ibomcha Singh, who was a member of the panel, made a strong case for Manoharan during today`s meeting.

Interestingly, wrestling coach Mahaveer is from the Greco-Roman category with some of his students being Asian Games bronze medallist Sunil Rana and Glasgow CWG silver medallist Geetika Jakhar, who also won a silver medal during the Doha Asian Games in 2006.

Athletics coach N Lingappa, who is now 90 years old, has finally been conferred with `Lifetime Achievement Award` after having applied for 15 straight years.

Two of his students, who made a mark at the national and international level, are former sprinter Ashwini Nachappa and quartermiler Vandana Rao (a member of the gold medal winning 4x400 m relay quartet 1986 Seoul Asian Games).

Odisha based Jacob has 20 rowers to his credit, who have won medals in various international competitions over the years.

Under his guidance, Odisha have won the team championship in the National Rowing Championship, a record 13 times. His wards Pramila Prabha Minz and Pratima Puhan bagged the bronze medal at the Guangzhou Asian Games (2010) while another Odisha girl Mina Madhuri Toppo won bronze at the World Championship.

The Dronacharya Award consists of a `Scroll of honour` along with a cheque of Rs 5 lakh.
From its inception in 1985 till 2013, 85 coaches (including one Cuban B I Fernandes of boxing) have received the award.