Genzebe Dibaba in the spotlight after shattering Ma Junren`s legacy

A pulsating race in sheering heat that delighted a raucous crowd and delivered a world record many thought would not be broken for years to come. And then comes the spectre of doping. 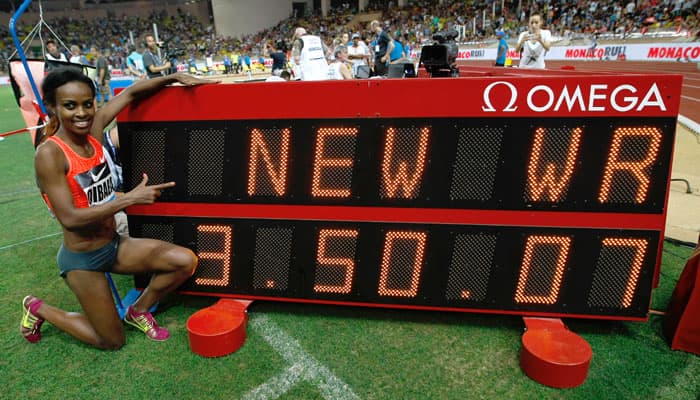 Monaco: A pulsating race in sheering heat that delighted a raucous crowd and delivered a world record many thought would not be broken for years to come. And then comes the spectre of doping.

That previous best belonged to one Yunxia Qu of China, in a time of 3:50.46 set in Beijing in 1993 under the guidance of controversial coach Ma Junren.

Six of Junren`s athletes were later dropped from China`s team for failing doping tests ahead of the Sydney Olympics in 2000.

Victory for Dibaba, the two-time world indoor champion over the distance, never looked in doubt, aided by two pace-setters in perfect running conditions.

The record is, remarkably, her fourth currently held, but first outdoors, and comes just a month before the world championships in Beijing.

She also holds the world records for the indoor 1500, 3000 and 5000m events, carrying on a family tradition that includes elder sister Tirunesh holding the world record in the outdoor 5000m.

But the spotlight automatically turned on doping issues.

"I knew that I could get this record, even if the 1500m is complicated and a very tough race," she said.

"Having done a 3:54 in Barcelona in July I was confident I could do it.

Dibaba, 24, added: "I thank my coach (Jama Aden) who has brought me this far. As for the history of the record and the past of the Chinese runners, I don`t know, I know nothing of this."

Asked whether she feared now being thrown into the doping spotlight, she said: "I want to live my own history. I`m not interested in others or the conditions in which they were, concerning their private life.

"I work hard and I work to keep my private life separate. In any case, you cannot run without tests and preparation.

"I think I work hard to get there and I also think I can go further."

Dibaba explained that one of the main reasons behind her impressive form was that she did not train with female teammates.

"I train with men, not at all with women. I run in particular with (Djibouti`s 800m runner Ayanleh) Souleiman," she said.

"Training with someone stronger can only make you improve. It would be tough to now train with women.

"There`s no doubt that is what brought me up to this level."

Dibaba added that while she liked breaking records, she had her sights set on wider goals.

"For the moment I haven`t really won any medals. What counts are the world championships and the Olympic Games, that`s my preference: titles rather than records," she said.

"Everybody`s preparing for gold in Beijing. I want to win that medal and I want to do as my sister did."