India third in global doping report for 2013 by WADA

India may be considered a sporting minnow but in terms of doping by its athletes, it has been ranked third behind Russia and Turkey in a World Anti-Doping Agency Report for 2013 with as many as 91 from the country testing positive for banned substances in that year. 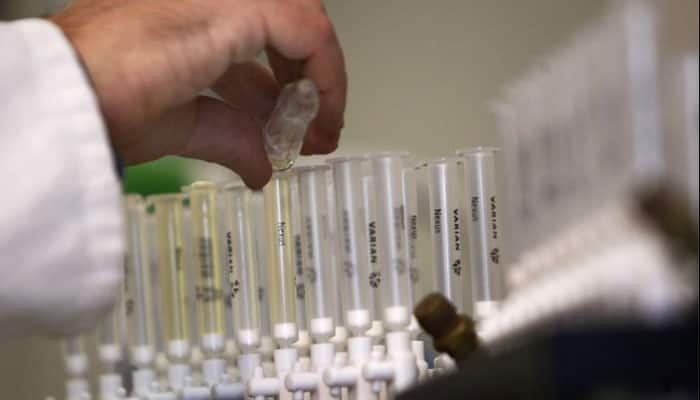 New Delhi: India may be considered a sporting minnow but in terms of doping by its athletes, it has been ranked third behind Russia and Turkey in a World Anti-Doping Agency Report for 2013 with as many as 91 from the country testing positive for banned substances in that year.

According to the 2013 Anti-Doping Rule Violations Report released by the WADA on June 15, Russia has maximum number of dope offenders with 212 testing positive while the figures for Turkey and India were 155 and 91 respectively. Of the 91 Indians, 20 were women athletes.

France came a close fourth with 90 dope cheats in the report compiled by the WADA based mainly on the information received from National Anti-Doping Organisations (NADOs). The comprehensive report, which dealt with testing of 207513 samples, covered 115 nationalities and 89 sports.

If the four non-analytical Anti-Doping Rule Violations (ADRVs) are taken into account, India has 95 ADRVs, fourth in the WADA list behind Russia (225), Turkey (188) and France (108). Russia had 13 non-analytical ADRVs, while the corresponding figures for Turkey and France were 33 and 18 respectively.

In all, 1953 athletes across the globe committed anti-doping rule violations out of which 1687 were actually caught for using banned substances while 266 violated other rules (non-analytical ADRVs).

Among sports disciplines, track and field athletes lead the Indian dope cheats with 30 (28 sanctioned after testing positive with two of them committing non-analytical Anti-Doping Rule Violations) out of a global total of 280.

Among the NADOs, India's National Anti-Doping Agency recorded 93 adverse analytical findings -- the third highest -- out of 4274 samples it tested in 2013 but three were exonerated later by anti-doping disciplinary and appeal panels, leaving 90 cases of Anti-Doping Rule Violations.

The WADA said that the Report was the most comprehensive statistics offered till date.

"WADA is pleased to provide the most comprehensive set of doping statistics to-date. This new ADRV Report, when combined with the Annual Testing Figures Report, will be of value to the anti-doping community's efforts to protect clean athletes in every country around the world," WADA Director General David Howman said.

"The sanctions were handed out to athletes and support personnel from 115 countries in 89 sports following tests performed in 2013 and other non-analytical investigations that were concluded that same year," he added.

"With close to 2,000 sanctions in one year and almost every sport represented, it's evident that doping still represents a huge threat to modern-day sport. Protecting clean athletes and upholding the integrity of sport remains WADA's number one priority. In the light of the Report's findings, WADA and its partners around the world must continue to deter current athletes from doping; and, crucially, educate future generations from ever considering doping as an option," he added.

This is the first time that WADA has been able to pull together such a comprehensive report on ADRVs and this was made possible by unprecedented collaboration with World Anti-Doping Code signatories, notably NADOs.

The data has been collated by WADA, following information received from Code signatories, who are responsible for the results management of doping cases.

"Whilst we have long produced annual statistics on anti-doping testing figures, the clean sport community has until now been lacking a robust annual compilation of ADRVs worldwide. This ADRV Report has been made possible thanks to the commitment of our signatories worldwide to report the outcomes of both their Adverse Analytical Findings (otherwise known as positive results) and non-analytical ADRVs," Howman said.

Is doping a new scourge in Indian sports after corruption and mismanagement? in Sports on LockerDome
Tags:
World Anti-Doping AgencyWADAIndian sportsDopingIndian athletesRussiaTurkeyNADOpowerlifterBodybuildingJudoBoxingAquaticsCyclingKabaddiCricketfootballtaekwondovolleyballsports news
Next
Story